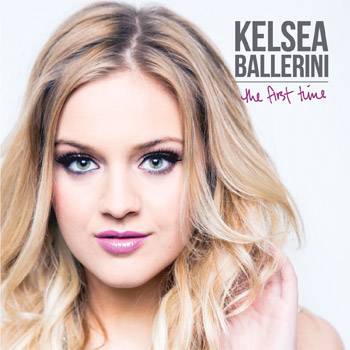 Kelsea will visit Australia for the first time this March, where she will perform at the Snowy Mountains Country Music Festival (March 5), the CMC Music Awards (March 10 & airing LIVE on Foxtel) and CMC Rocks Queensland (March 12-13).

Kelsea burst onto the scene in 2015, becoming the first female artist in ten years to top the Billboard Country Airplay chart, with her debut single -Love Me Like You Mean It.' With champions including pop superstar Taylor Swift, Kelsea received the -Rising Star' award at the Billboard's Woman in Music event in New York in late 2015 (an award won by Ariana Grande the previous year) and received her first American Music Award and CMA Award nominations. She was also named Radio Disney's -Next Big Thing' and Billboard's -Top New Country Artist' of 2015, as well as being listed as an -Artist to Watch' by Rolling Stone, Spotify and The Huffington Post.

Kelsea's refreshing approach to music is rooted in a vulnerable place. Turning to song-writing to help her through her parents' divorce, she first discovered Keith Urban's -Stupid Boy.'

"Life got rocky when I was 12," Kelsea explains, "and this gift of song-writing just fell into my lap. It was literally this blessing that came at the perfect time. And for me, it's always been that steady thing in my life that I can always go back to."

Kelsea is a writer on every track of The First Time, which features her blockbuster US #1 debut single -Love Me Like You Mean It' and her latest single -Dibs,' which has just hit the Top #10 on the Billboard Country Airplay chart.

6. Looking At The Stars