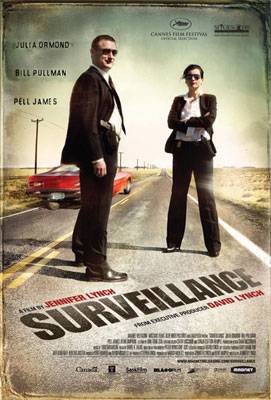 Julia Ormond has made up for a long absence from the screen since she established herself as a major star in the mid-1990s. Last seen in the Oscar nominated Curious Case of Benjamin Button, Ormond now stars in the Indie thriller Surveillance, which finally opened in the US. The film revolves around Two FBI agents, Elizabeth Anderson (Ormond) and Sam Hallaway (Bill Pullman), who arrive at a local police station in the Santa Fe desert to investigate a series of murders. They interrogate three eyewitnesses: Police officer Jack Bennet, the meth-addict Bobby, and Stephanie, an eight-year-old girl, whose family was murdered by two figures dressed in jumpsuits and latex masks. The film is an exploration of violence in society, a theme that attracted Ormond to the project. The actress chatted to Paul Fischer in this exclusive interview about the film as well as her anti-slavery cause which also dominates her life.


QUESTION: Did you connect to the character, or the overall script?

JULIA ORMOND: It was the overall piece that really drew me in, and I loved the fact that Jen Lynch was directing it. And really, for me, one of the ways that this business works is that you talk to me. But you should really, if you can, talk to all of the cast. They were such a great cast, and I think it's such a good ensemble piece. And I guess what I really - you know, it's a rollercoaster of a ride. But then at the end of the day, even though - I feel like it's one of those films that takes you on a real journey. And is provocative, but in an entertaining way, and then dark in the right way, because it's about violence. And I think sometimes we get - I feel a little bit anesthetized to violence that goes on in the world, because of how we show it on film. And I actually think this film doesn't anesthetize you to it.


QUESTION: What do you look for in a character?

JULIA ORMOND: I guess my first thing is whether or not I can identify with a character. You know, I look for stuff that I feel is gonna challenge me. I look to be in a piece that I think will be a good piece at the end of the day.


QUESTION: And you could identify with this character how?

JULIA ORMOND: The work that I do around the world so intersects with violence, in terms of slavery and trafficking. I really feel like we need a more - a greater understanding of what violence is. I think the key to finding solutions to violence is understanding where the person who's become violent has come from.


QUESTION: Every time I speak to you, there's always various social causes that you're involved with. Do you find it easy to strike a balance, between your acting and your other work?

JULIA ORMOND: No, it's a constant struggle. It's a constant struggle, but I really know that the UN work, and the work on ASSET, which is Alliance to Stop Slavery and End Trafficking, makes me feel better about the world, because I feel like I'm engaged to find solutions, or work on solutions, with a whole group of other people in the movement, that doesn't feel so depressingly disempowered. And I think it's great that it's somebody who gets a certain amount of attention, or can get a certain amount of media attention, that you can then utilize that in a positive way out in the world. 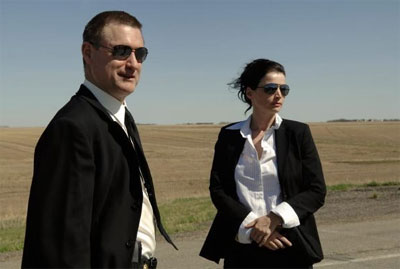 QUESTION: I know that you're very involved in this whole trafficking problem. Is that situation getting better?

JULIA ORMOND: No. I think what is getting better is, there's greater public awareness about it. I think the public knowledge of it - you know, I think what has been perceived is that this is all about the forced sex trade. And I know that - I think public awareness is maybe towards the fact that the biggest group is actually agriculture and mining. And that illegal slavery taints a lot of our illegal supply chain. But I look upon it all as supply chain. You know? Forced prostitution is, essentially, to those people, an illegal supply chain. And the person becomes a commodity within it.


QUESTION: What countries are the worst?

JULIA ORMOND: I don't like to kind of grade it like that, because it's really everywhere. And it's far more - in my understanding, it's far more prevalent in America than we are currently acknowledging, because resources haven't gone into it. But I think the stats that will come out over the next couple of years will demonstrate that it's a huge problem in America. And it's partly to do with how the west relates and trades with the developing world, and needs to sort of be aware that there was a big difference between a shoddy business approach, and actually doing things that put people in significant danger on the other side of the world. And also here. There's slavery right here in America.


QUESTION: With the work you're doing, promoting the work you do with slavery, does that mean that as an actor, you try to be even more selective in the kinds of things you do? This film, as you say, is extraordinarily violent. Do you have a very different perspective when you're also in a kind of tough slavery campaign?

QUESTION: Do you have a very different perspective in doing a film that explores violence, when you're involved in the slavery cause?


JULIA ORMOND: Yes. Yeah. I mean, also, the work that I've done - I would say that the work that I did around Calling the Ghost gave me a slightly better understanding of genocide. What is - something that happens with genocide is, I believe that the perpetrators are separated off from us. And there is something that - if we continue to sort of disconnect from those people, then - it's better that we work to understand where that's coming from.


QUESTION: So, you have a very different perspective on your choices as an actress today, than over a decade ago, more than a decade ago, when your career was at its genesis.

JULIA ORMOND: I would say that I think if you look back, the stuff that I started out doing - my first piece, with Traffik, playing a heroin addict. That was my first piece on television. And then my first film was Baby of Macon, which is a particularly violent look at rape. And how rape is used as a weapon against women. And I think what happened is, you don't always get to dictate, exactly, the role that you get to play. And I think what happens is, you do a variety of different stuff, some of which people are more aware of than other stuff. And I think it's the - I don't know. I guess this little break made me decide that I needed to try to work harder, or be more disciplined about finding roles that were more different. That were more varied.


QUESTION: It seems that there is almost now a resurgence in your career. You're working a lot more now, which is great. Is this a different time in your life to be a working actress?

JULIA ORMOND: Yeah, definitely. I mean, I think - I feel as if taking my time to come back in with the stuff that I really want to do is sort of finally paying off, and roles that are more easy for me to do, as a Mom, in terms of time constraints. So, there's still certainly restrictions. But - you know, as a Mom, I think definitely that's my number one role. That's what everything else gets prioritized around.

JULIA ORMOND: The reality is, I don't do it all. You know, I partake in it all. But balancing it is a constant juggling match. But I think what I have gotten better at is being aware of the need for the balance.


QUESTION: Do you want to do more producing? I mean, I know you produced in the past. Are you interested in developing more material and producing? Maybe even directing?

JULIA ORMOND: I am, but I think I kind of - when I first started the production company, I went off - the first thing that we did was Calling the Ghost. And then I developed these projects, and it took me off into a different direction of filming in general. And to be honest, for me, I guess what I believe is that it's okay to shelve that stuff until the time is right. But I very much want to do it, still. But it's really about the timing right. And for the moment, I feel very fortunate to engage on this other stuff.


QUESTION: What are you doing next, do you know?

JULIA ORMOND: I don't know what I'm doing next. I have stuff coming out. Surveillance is being released in theaters, and then there's also an HBO film called Temple Grandin, that Claire Danes plays this woman, Temple Grandin, who's a sort of very highly-functioning autistic woman who's become an expert on animal husbandry. And I play her Mom. And then I have another piece coming out, The Wronged Man.


QUESTION: Are you hopeful that roles for women are becoming more interesting, the older that you -

JULIA ORMOND: Well, I think what happens with the industry is that - I think, really, I guess, I'd point to Colin Callender, and what he's done with HBO. And how HBO kind of seemed to cut a swatch across attitude towards television in the industry, because he brought in such great writers and art department, and created phenomenal television. And I think there are phenomenal television roles that are potentially - you know, I think there's a lot of the focus on my age group of women-- there's more interesting roles in television for people. But my other take on it is, until women can carve out the time and have the time to do their own creative stuff, and be as great with it and courageous with the voice as Jen has been with Surveillance, then we're not actually going to change how we are perceived. You know, if it's a majority of male writers and a majority of male directors, then they're not necessarily going to be disposed to creating roles for women. And I guess my take is that the only way to counter it is to do your own stuff.


QUESTION: Which you might end up doing eventually, I take it.

JULIA ORMOND: I hope so. I hope so. You know, there will - I'm definitely somebody who does not feel happy in the makeup and hair chair. So. The notion of being behind the camera, but who's someone who's also struggled with being camera-shy, is quite appealing.


QUESTION: I think that's incredibly ironic, that you've had this thing about having been camera shy. I don't know why you would feel that way.

JULIA ORMOND: Directors on stuff that I work in would say, you know, "We've set out the scene." I would end up with, like, the back of my head to the camera. Or I would have taken myself out of the shot. [LAUGHTER] I think I'm better at it now. But, it took me a while.

When Federal Officers Elizabeth Anderson (Julia Ormond) and Sam Hallaway (Bill Pullman) arrive at Captain Billing's office, they have three sets of stories to figure out and a string of vicious murders to consider.

One zealot cop, a strung out junkie and an eight year old girl all sit in testimony to the roadside rampage, but as the Feds begin to expose the fragile little details each witness conceals so carefully with a well practiced lie, they soon discover that uncovering the truth can come at a very big cost...