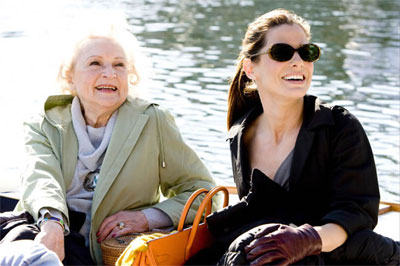 THE MANY SHADES OF BETTY WHITE.

To call Betty White a legend is an understatement. At a youthful 86, Ms White has starred in some of the most revered television shows of all time, from the iconic Mary Tyler Moore Show, to Golden Girls, to her own Betty White Show and more recently, of course appeared on Boston Legal and even did a stint on the Daytime soap, The Bold and the Beautiful. A woraholic, White devotes her time to both her acting and her animal causes which remains her passion. Warm, funny and fascinating, Paul Fischer had a rare chance to sit down with the legendary actress, who co-stars with Sandra Bullock in the romantic comedy The Proposal, where they talked about life, acting, animals and even mortality.


QUESTION: Is it important for you to work as hard as you do?

BETTY WHITE: You can't get rid of me, is what you're saying. And you're right! My problem is, I never think of it as work. You know? It's something I love to do, and I feel so lucky to still be able to continue - the fact that they ask me. And I just signed for another Disney movie. We start in July, with Sigourney Weaver and Jamie Lee Curtis. So, it means you go from one to the next. And my friends say, "Betty, you've got to slow down. You can't - you know, this isn't good for you." But I'm blessed with good health, and energy. And I love what I'm doing. Why not? 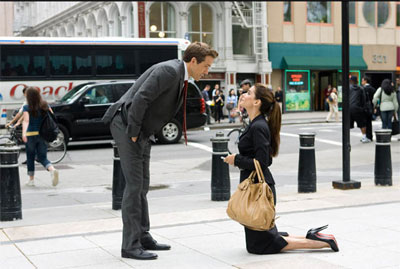 QUESTION: Are you selective about what you decide to take on?

BETTY WHITE: Yes. Yes. It sounds corny, but I get a lot of scripts sent to me. And some of them are not your cup of tea. You know. So I just say a polite, "Thank you, thank you for thinking of me. But I'm booked." [LAUGHTER] But then every once in a while - I loved this script for The Proposal when I first read it.

BETTY WHITE: First of all, how many people at my age have a part in there as good as the part in this movie? You know, that doesn't happen often. Usually the little old person comes in, says something outrageous, and splits. But I liked the romantic aspect. I liked the fact that they didn't throw in a lot of garbage that so many other things think they have to include in that kind of thing. And I cared about whether these two people got back together. So, I got hooked on it then. And of course, when I heard Sandra and Ryan were going to do it, that clinched it for me.


QUESTION: Well, Bullock represents, I suppose, the younger generation of movie comediennes. And there are these two - you two are at opposite ends of the age spectrum. I mean, do you learn from each other when you're doing a film like this? 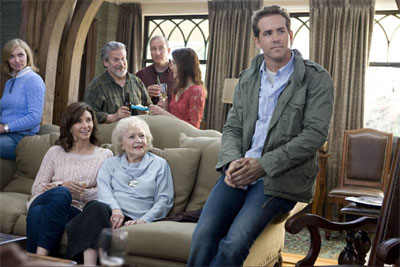 BETTY WHITE: I certainly learn from her. But - Lucy - Lucille Ball changed the whole picture. Beautiful girls weren't supposed to be funny, or comediennes, when Lucy came along. And she broke that mold. But, so there are a lot of girls that just - they want to do comedy, but they also want to be something else along with it. Whereas Sandy doesn't care what she does. She'll go for the laugh. And she can't help looking like she does. I mean, she's not what you might call an ugly girl. But her sense of comedy timing is delicious. And there's a vulnerability about her. She's not a smart aleck. She's funny, but vulnerable at the same time.


QUESTION: Did you imagine, when you were starting out all those years ago, that you would be sitting here talking about a movie you've done?

BETTY WHITE: Sixty-one years later? No, I never thought of that.


QUESTION: How do you account for that degree of longevity in your career?

BETTY WHITE: Sheer blind luck. I've been so blessed with luck, and with the wonderful people that I've worked with. And one thing kind of led to another, down the years. I never take it for granted, and I never fail to appreciate it. 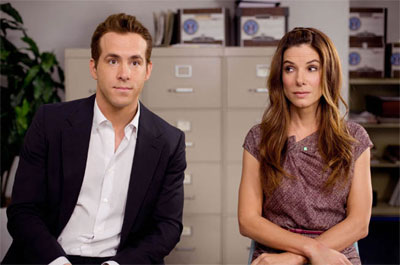 QUESTION: You've done some of the most iconic television shows in history, and Mary Tyler Moore, obviously, was hugely influential. When you do something like that, do you think of that, at the time? Or only with the benefit of hindsight?

BETTY WHITE: Benefit of hindsight with Mary, because the first year, Mary and her then-husband Grant Tinker, and my husband, Allen Ludden, and I, we were best friends. And in fact, when Allen and I first got together, Grant and Mary were the first people he took me to meet. So, we were so involved in the first - I didn't come into The Mary Tyler Moore show 'til year four. But the first year that they went on the air, we were so excited for them. We'd go to every rehearsal, and we'd go to every show, and we were sweating it out. She had a tough pull, that first year. It was touch and go whether the show was going to make it or not. Whoever dreamed it would become a classic? But you don't think of those things at the time. I think it's usually in retrospect.


QUESTION: What makes a classic because you've done at least two. I mean, this and Golden Girls are considered classics.

BETTY WHITE: Writing. I think everything goes back to what's on that page. Actors can take all the credit they want to take, and whatever they want to do. It has to - there has to be something. Or you can help a good show, but you can't save a bad show with acting. And if the characters are there, even if the lines aren't there, if the characters are well-drawn, it sure moves you ahead in becoming a classic. 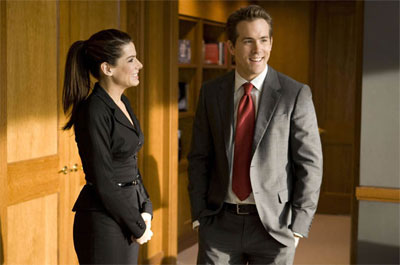 QUESTION: We recently lost Bea Arthur. When your contemporaries pass like that, do you think of your own mortality? Or do you just say to yourself, "Therefore by the grace of God go I?"

BETTY WHITE: Well, I know I'm weird, but death is never something that I worry about. I mean, I think death is a friend, in a sense. My mother taught me that. When we'd lose somebody in the family, or something like that, she taught me that we know the answers to so many things, but there's one thing nobody on the planet knows. Is what happens when somebody dies. Does it just end? Do they go someplace else? We don't know, any of us. I don't care how religious or irreligious you are. You don't know that. But she always says, when we'd lose somebody, it was - "Well, now he knows the secret." So, to me, now Bea knows the secret. It doesn't keep it from hurting us who are left behind. But I'll be very interested in knowing the secret.


QUESTION: Is that why you like to work so much so that you don't have to think about those kinds of issues? 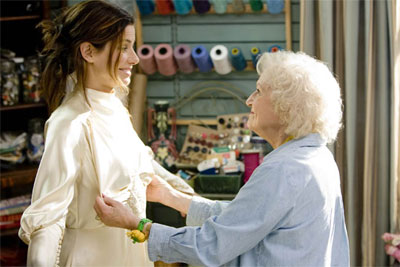 QUESTION: Tell me about the animal work. What's going on with that?

BETTY WHITE: Oh, that's been my life for - I'm into animal health and welfare. Not animal activism, not animal rights. Nothing political. Just animal well-being. I've been with the Morris Animal Foundation for 40 years.And we helped develop the feline leukemia vaccine, and the parvovirus vaccine for dogs. Potomac horse fever vaccine, and all those. And then I've been with the Los Angeles Zoo for 40 years. And we help rebuild the LA Zoo. And I've been - I've worked with zoos all over the country. And I'm doing my fifth book right now.


QUESTION: What is that?

BETTY WHITE: Our photographer at the LA Zoo, Tad Motoyama, is a magnificent photographer, and he gets the most incredible, unusual pictures. Well, I've been with the zoo for 40 years, so a lot of these animals are my personal friends, and I have personal anecdotes about them. So I'm doing the book on my closest friends, and it's his beautiful picture here, and then I write my - the story. I tell you about why this animal is - and a little anecdote about the animal. So, it'll be a coffee table book. Not a coffee table book that you don't know what to do with. Just a regular-sized book, but it'll be a nice, thick - with the pictures and the stories and the animals. 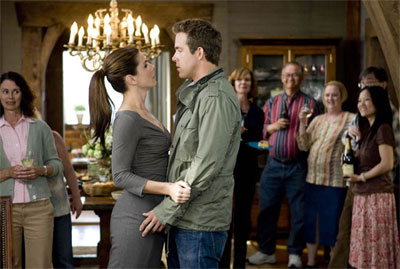 QUESTION: What about more memoirs?

BETTY WHITE: Well this is my fifth book. But my fourth book was Here We Go Again. I thought I'd better write my early life in television while I could still remember it.


QUESTION: What about now? I couldn't believe, you even did a daytime soap opera!

BETTY WHITE: I couldn't believe that, either. I had never done soap opera in my life. I just did a little arc. Those people really work. I mean, you really come in, you get almost minimal rehearsal. It's just incredible. But that was enough. I did that, and it was fine, but I'd like to go back to what I've been doing.

BETTY WHITE: For making a difference in the animal world, I think and for encouraging kindness, not only to animals, but also to each other.

When high-powered book editor Margaret (SANDRA BULLOCK) faces deportation to her native Canada, the quick-thinking exec declares that shes actually engaged to her unsuspecting put-upon assistant Andrew (RYAN REYNOLDS), who shes tormented for years. He agrees to participate in the charade, but with a few conditions of his own.

The unlikely couple heads to Alaska to meet his quirky family (MARY STEENBURGEN, CRAIG T. NELSON, BETTY WHITE) and the always-in-control city girl finds herself in one comedic fish-out-of-water situation after another. With an impromptu wedding in the works and an immigration official on their tails, Margaret and Andrew reluctantly vow to stick to the plan despite the precarious consequences. 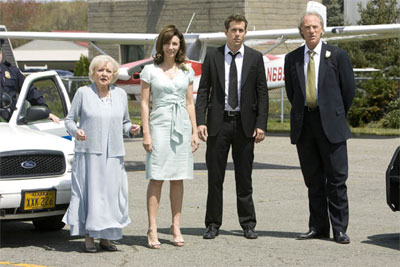 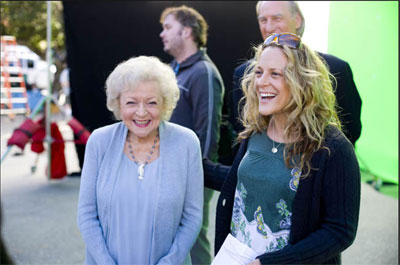