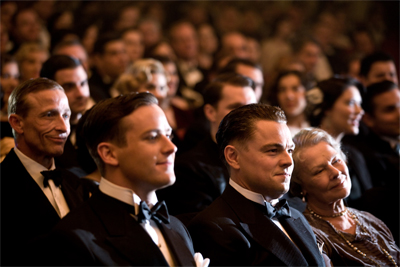 Synopsis: As the face of law enforcement in America for almost 50 years, J. Edgar Hoover was feared and admired, reviled and revered. But behind closed doors, he held secrets that would have destroyed his image, his career and his life.
www.Femail.com.au/leonardo-dicaprio-j-edgar

Verdict: J.Edgar is a political drama that transports viewers from present to past smoothly; these transitions are with great accolades to the makeup and costume team; impressively an older version of J.Edgar (Leonardo DiCaprio) and his second-in-charge walk into an elevator and later walk out as a younger version, of themselves, which is sure to impress all audiences.

Leonardo DiCaprio portrays the intriguing J. Edgar Hoover extremely well and has the ability to bring the character to life providing audiences with insightful knowledge about a controversial historical figure.

J.Edgar contains tough humour and an emotional love affair which carries itself strongly throughout the film.