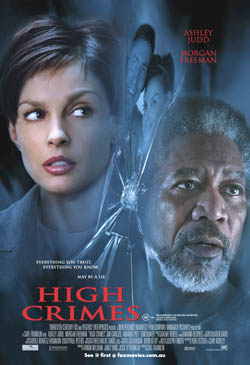 
A happily married, successful lawyer Claire Kubrick (Ashley Judd) is shocked to learn that her husband (Jim Caviezel) has a hidden past as a classified military operative and is accused of committing a heinous war crime.

Claire must wrestle with her own doubts about her husband's guilt as she defends him in a top-secret military court where none of the rules she knows apply.

Claire realizes she needs help from someone who knows the rules - and is willing to break them. She enlists the aid of a "wild card": Charlie Grimes (Morgan Freeman), a former military attorney who relishes the opportunity to take on the very hierarchy that disgraced him years earlier.