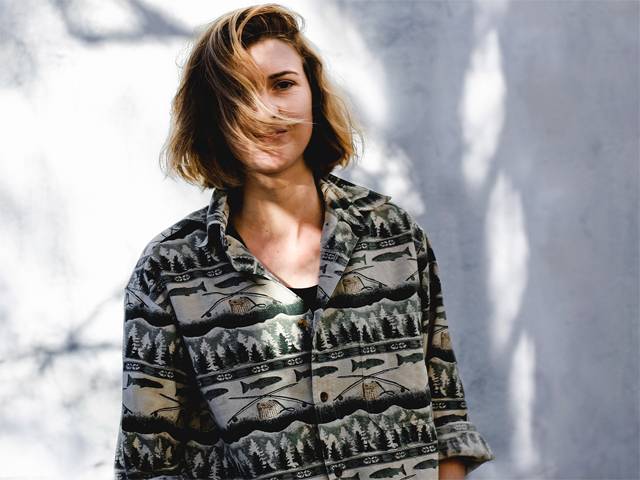 Upcoming folkster Harper Bloom (otherwise known as Hayley De Pledge) has announced her debut single Mary, a gorgeous, empowering romp about taking control back over your life, out now. Harper Bloom has also announced a moving clip to accompany the release, directed by David Hansen (notable for his short film Anija).

For fans of Alex The Astronaut, Courtney Barnett and Paul Kelly, Harper Bloom's Mary is a wonderful example of brilliant Australian songwriting from beginning to end. Deeply personal, affecting and sweet, Mary shines with acoustic guitars, driving percussion and Harper Bloom's wonderfully unique, gentle vocals. Working alongside Benjamin McCarthy (G Flip, Thelma Plum, Megan Washington) to bring Mary to life, Harper Bloom is sure to impress with this brilliant single. Speaking on the inspiration behind the track, Harper Bloom enthuses, "The single is essentially about not being afraid to be vulnerable and take risks, no matter who you are or how old you are. It's about having the strength to leave a comfortable, mundane existence behind in search of enriching experiences and a new lease of life. The idea really came from observing people on trains and buses…some of the verses came from overheard conversations or things I saw on public transport, and watching the body language and expressions of people doing a job they didn't really want to be doing."

The clip for Mary is so well done, so touching, that it will absolutely stay with the viewer for hours after viewing. It follows the story of an elderly wife, who finally liberates herself from the hum-drum nature of daily life, bucking all expectations for what elderly people should and shouldn't do and having a ball all throughout. It's a beautiful, cinematic clip – every freeze frame looks like a spectacular photograph. Reflecting on the narrative of the video for Mary, Harper Bloom says, "The story begins in Mary's run-down suburban home – which was my sharehouse at the time – with her husband drunk and unresponsive on the couch. After moments of taking in her life over the past 60 years, she gains clarity and decides to finally leave. The story then follows Mary on her journey of rediscovery."