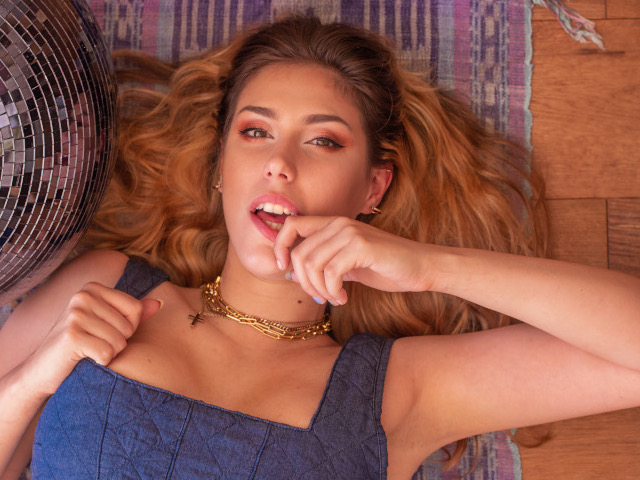 Natalie Shay is an indie-pop artist hailing from North London. The multi-award-winning musician has established an ever-growing presence and loyal fanbase through her explosive live performances and unforgettable anthems, recognising her as one of the UK's hottest emerging talents. Her relatable lyrics touch on love, self-discovery and the everyday experiences of a twenty-something.

Combining her youthful and charismatic aura with her classical training and time spent at the prestigious BRIT School, Shay has finessed the ability to produce undeniably catchy music, whilst maintaining musical maturity. Compared to the likes of Haim, Little Comets and Fickle Friends, the Londoner has absorbed similar energy and dynamics within her new music, resulting in a sound that oozes with passion and allure.

Written in South West London with her longtime friend Joseph Wander, the vibrant new single "Two Sparks" navigates the demise of a long term relationship, realising that the romance and fire has been extinguished. Writing from personal experience Shay admits, "It's honest and autobiographical, I wanted to write about something a bit deeper and more complex, something more relatable to anyone at any age in any relationship, whether it's your high school sweetheart or your married partner".

Listening to the raw instrumentation and mature vocals on Taylor Swift's re-released albums throughout the first wave of the pandemic, Shay felt a swirl of inspiration, wanting "Two Sparks" to adopt a similar timeless arrangement, with the track achieving a clean and crisp audio and production. The dynamic pop melodies and poised soundscape gives way to Shay's divine vocals, making this single the perfect ballad to sing-along to in the car.

Shay continues to pique the interest of audiences across the globe. Having sold out venues across London, most recently the Camden Assembly, she has garnered attention from notable publications such as Billboard, Clash and The Line of Best Fit, to name a few, as well as landing Spotify's New Music Friday playlist in 12 countries, collectively amassing hundreds of thousands of streams. She has also worked on EDM tracks with the likes of Grum and Kryder, racking up millions of streams to date. If this endless list of successes is anything to go by, it looks like 2022 is set to be an explosive year.