Female School: Is It A Good Choice For Kids? 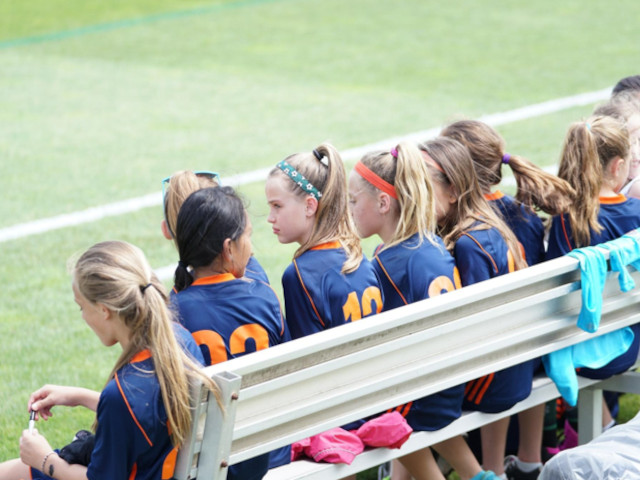 Female School: Is It A Good Choice For Kids?

Female-only schools are not as popular today as they were in the previous centuries. Research studies have shown that girls perform well in single-sex schools. Girls gain confidence and strength in working among themselves.

More than 90% of students who attend female schools usually proceed to higher education. A significant percentage of them also excel in advanced and international standard level examinations. However, female-only learning institutions also have significant disadvantages. Is sending your child to an all-girls school worth it? Let's find out.

Allows Girls to Be Themselves
A single-sex schooling environment allows girls to be more relaxed and composed. A student in a mixed school or college will tend to focus on impressing the opposite sex. This social pressure means that female kids won't be able to express themselves in the class.

They will not participate in sports freely as they should or focuc during their lesson. The atmosphere is different in a girls' school. The single-gender environment provides a way to express themselves without worrying about any embarrassment.

Increased Confidence Level and Maturity
A female-only institution will create an atmosphere for girls to feel comfortable. At the stages of their development, female kids benefit from a system that helps them to take risks and express themselves.

Research shows that male and female kids are intrinsically different as they mature at different rates. Girls can benefit from being in each other's company. They will engage in sports and extracurricular activities to build their self-esteem and confidence level.

Women now take leadership roles in politics, entrepreneurship, and corporate organizations. When girls begin to occupy roles like sports leader, head prefect, and so on, they learn to take charge of responsibilities early in their lives.

Larger Room for Monitoring and Greater Academic Aspirations
When girls are grouped in an ecosystem, they tend to aim high. As stated earlier, they are more likely to strive forward to get advanced professional and academic accolades. One key factor that builds this kind of high aspirations is the kind of monitoring that they receive.

Apart from that, female schools are mostly free of gender stereotypes and allow girls to proceed with the career of their choice. Teachers support girls aspiring to be part of STEM or pursue other careers that used to be 'man-only' jobs. And if they do not excel at math, they can order help with mathematics homework or take additional classes without being mocked at. Plus, the competition between genders does not exist in female schools so girls can show their full potential without being compared to boys.

Studies have shown that girls in single-gender schools tend to get regular responses on their assignments compared to their mixed school counterparts. That shows a high level of academic interaction between teachers and students in female-only schools.

Less Socializing With the Opposite Sex
Girls who attend single-gender primary and high schools won't remain there forever. They will go out to the real world to mix with the opposite sex in universities and workplaces. At some point, they will get into romantic relationships.

Attending girls-only schools make them miss out on opportunities to socialize with males. When they get outside the school environment, there is a great chance they feel shy or unacquainted with male psychology. Mixed-gender learning environments are focused on education and developing positive social relationships between boys and girls, even in remote learning environments.

Bullying, Separation from Parents and Segregation
This factor also exists in boys-only schools. Most single-gender schools usually involve housing the students in a hostel. This means your female child will spend a lot of time away from home. She will only come to visit you during the weekend or holidays.

When young children don't spend enough time with their parents, it might have a negative impact on their mental health. Also, girls can begin to form cliques among themselves. There is also an increased chance of cattiness, bullying, and interracial discrimination.

Conclusion
Should you enroll your daughter in a girls' school? There is no all-encompassing answer. Ponder on the issue. A good decision is to seek your daughter's opinion. Listen to what she has to say and consider it.

If you decide to enroll your girl to attend a female-only school, ensure that it has a top-rated, motivating, and good environment. Visit the place, check their curriculum and review the quality of their instructors and teaching aids. Find a way to expose your child to interactions with the opposite gender. You can strike that balance by allowing your daughter to mingle with male friends during weekends or family occasions.