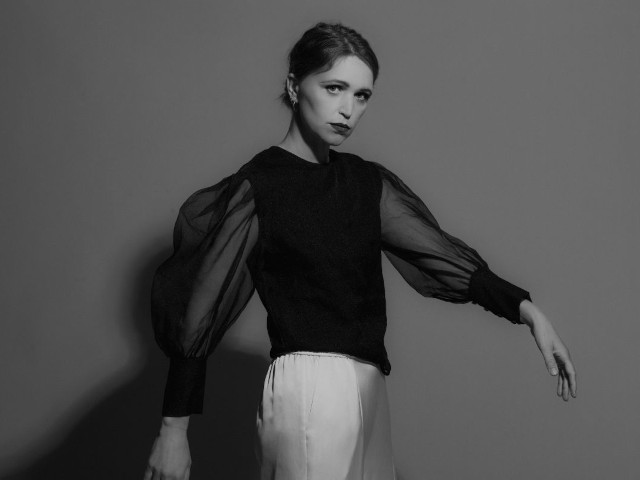 Indie icon Emily Lubitz lifts the veil on her candid and bold breakthrough single 'Like I Do'. Ferried by more than a decade spent touring with critically acclaimed indie-folk darlings Tinpan Orange, Emily Lubitz is a seasoned musician and a charismatic performer whose songwriting has undoubtedly soundtracked many a coming of age story within the Australian landscape and beyond. Now, the six-foot tall frontwoman with the gossamer voice has combined forces with Freyja Hooper on drums and Winona Miller on bass to create a new, darkly romantic vision. To celebrate her newfangled solo endeavour Emily and the band will be heading on a six-date Australian tour heading to Melbourne, Perth, Brisbane and beyond next month.

Out via Ditto, 'Like I Do' is an arresting debut with a timeless, aching quality that only the great voices can muster. Lubitz is every singer's favourite singer, a captivating live performer who has won the hearts of audiences around the world, and yet she is more priestess than popstar, creating her own iconography that sears itself into the listener's imagination. Using her voice as a transformational tool, 'Like I Do' sees Lubitz drawing beauty from the mundane and effortlessly sifting colour through the collective dullness, like a messy bedroom suffused with golden morning light.

"When a relationship spans many years it contains many lifetimes. This song is about looking back to when things started and how different it is now. How our lives turn and curve and the common denominator is the person we have shared it with. Actually, our partner changes and curves too and so do we, so maybe the common denominator is love. From being young musicians in Melbourne, drinking bourbon and pretending we know everything, to being the parents of three children and realising we know very little, it's a big range. And we are still learning. Like I Do is a love song too." – Emily Lubitz

Lubitz is a veteran of the scene, having performed on some of the world's biggest stages and collaborated with the likes of Paul Kelly, Martha Wainwright, Clare Bowditch and the album she recorded with old friend Mama Kin, and yet her solo work is imbued with the raw energy of a breakthrough artist. With the super-fun creativity of her all-grrrl rhythm section behind her, Lubitz prowls the stage with the gravitas of a giant Edith Piaf stalking through a post-apocalyptic Laurel Canyon, with her friends from East Brunswick in tow. Do not miss your chance to catch this hugely accomplished artist at the foothills of an even vaster and destined future at her upcoming Australian dates this July.