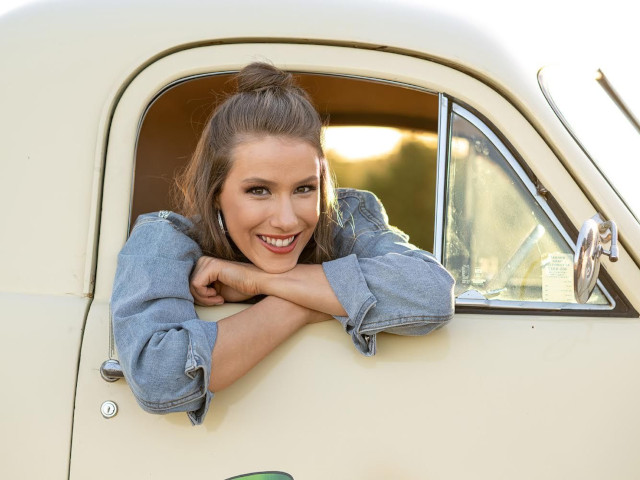 As touted by Beat Magazine, "Courtney Keil is becoming one of the most exciting talents in Australian country music." The country music star on the rise returns with her rock-solid new single, 'Hard Place'.

With its title borrowing from the latter half of the popular idiom, Keil explains, "in reality it's usually being caught between your heart and a hard place." The NSW Central Coast based singer/songwriter has quickly become known for her insightful lyrics regarding matters of the heart. "When the merry-go-round of anxiety and butterflies takes over, it's hard to know which way to go," she explains.

The track instantly sets the scene – with wind whispering through the trees, soon to be met by the mercurial and dynamic tones of the electric guitar. From here the track flows into a western swamp groove, brilliantly supported by acoustic guitars and percussion.  The track lifts still further "When we get close it gets complicated," she sings, trading optimism for uncertainty.

'Hard Place' was written by Keil, with Nashville based hit-makers, Sam Gay and Templeton Thompson. The trio have collaborated on each of her singles to date and it was only natural she turned to Rod McCormack for the song's stellar production as he has produced all of Keil's work.

Their cohesion in the studio is evident, as Keil has scored 3 x iTunes Country #1 singles, since her incredible 2020 debut, 'I Just Wanna Hold You' – which was also a Top 40 finalist in the 2021 Vanda & Young Global Songwriting Competition. Her most recent release, 'The One', soared to #2 on the iTunes Country Singles chart and has amassed over 130k streams since its release earlier this year.

Courtney Keil has been a part of the Gina Jeffreys and Tania Kernaghan's 'Girls Night Out' show since its inception. She will weave her way up to NQs Rocking Country Festival in August to perform alongside the legendary ladies there and again at the much loved Savannah in the Round music festival come late September.

From Courtney Keil's debut in 2020, it is obvious she is destined to be a future star of country music. Her unique sound has a focus on expert musicianship and songwriting, with a throwback to the Nashville's 90s Country era. 'Hard Place' reveals another remarkable side to her artistry.