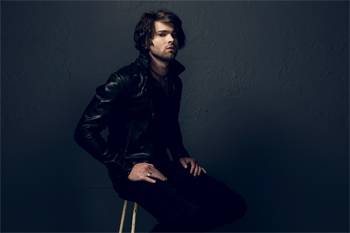 Sony Music Entertainment Australia is pleased to announce that 2014 The X Factor fan favourite Dean Ray has signed to the company with his debut single -Coming Back' at radio now and available to purchase through both digital & physical retailers.

Dean Ray will release his self-titled debut album on Friday November 21st, featuring re-recorded studio tracks of some of his incredible performances on the show including -Betty Davis Eyes,' -Into My Arms' and -Budapest,' as well as his debut single, -Coming Back.'

Dean Ray, the 22 year old Melbourne based musician wowed the judges in his audition for The X Factor, performing the Kim Carnes classic -Betty Davis Eyes.' Dean Ray went on to deliver some of the greatest performances of the season, with a total of 12 singles in the Australian iTunes chart, 7 of which ranked in the top 40 on the iTunes charts including his rendition of -Budapest' by George Ezra which took the number #1 position and made Dean Ray The X Factor artist with the highest number of singles in the charts.

Denis Handlin AM, Chairman & CEO Australia & New Zealand and President, Asia, Sony Music Entertainment, commented: 'Dean Ray is an extremely determined and highly captivating artist and I am excited that Sony Music will be releasing his debut single and album this November."

When asked about releasing his debut single & album, Dean Ray said, 'I want to give a BIG thanks to The X- Factor team and Channel Seven for the opportunity of exposing my artistry. I also want to thank the public who supported me and voted, the love that I have received has been amazing and I look forward to the future and working with Sony Music. I've been called mysterious, intense, confusing and crazy. But at the end of the day, I'm just a guy with a guitar and a story to tell."

-Coming Back' was written by Australia's premium songwriting duo, Anthony Egizii and David Musumeci aka DNA Songs. The pair have written numerous multi-platinum singles including Grammy award winner and global superstar Ricky Martin's -Come With Me,' Jessica Mauboy's Platinum single -Never Be The Same,' and last year's The X Factor winner, Dami Im's -Alive' which debuted at #1 on the ARIA charts and achieved Gold sales in the first week of release.