Synopsis: Humanity has become the victim of mass overpopulation and the line between middle class and poverty no longer exists.

Whit Carmichael has accepted a high-risk security job that requires off-world travel using Slipstream technology in the hope of rising out of his situation. The risk of injury or death is extreme but the danger is sweetened by Whit's dream of a better life for his family.

When Whit and his team are sent to space station Infini to confront an unidentifiable enemy, only Whit survives. An elite squad of eight -Search and Rescue' specialists is sent in to find him and to stop whatever caused the death of his crew from returning to earth. 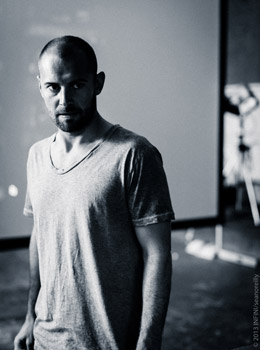 This is one you never saw coming.

It's that movie you thought you could guess from the poster. That genre you'd seen all too many times. The movie you go into because it's a formula you know and trust. A predictable chain of events that accompany many a sci-fi space thriller.

Well, for the most part - you're wrong. Infini was designed from the ground up to subvert the expectations of not only the genre but also the narrative itself. We set you up with familiar devices then pull them out from under you with the same confidence. Here's the bit you'll know –

A futuristic -Search and Rescue' team, using slipstream technology, must transport into a hostile environment – Mining station Infini - where even space and time itself are a threat.

Their mission is to save one man – Whit Carmichael – lone survivor of a freak accident - before quarantining a contaminated payload – a lethal biological weapon - set to arrive back on earth within the hour.

It's a cool premise. It's the basic story...

But it's not the movie.

This is a Thriller. It's fucking tense. There are elements of horror but it's a thriller first and foremost. You'll never know what'll happen next.

This is also a Sci-Fi film. It deals with things we've never seen. It makes the old new again. But it's grounded. You'll relate.

This is a film with an enemy you'll love getting to know. It'll do the same for you. This is a film where the main character has one relatable, singular goal.

Getting home to his family in time for dinner.