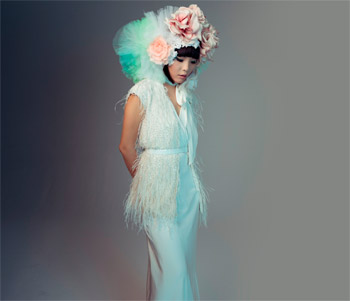 Dami Im has released her highly anticipated studio album Heart Beats, coinciding with what is already a special day – her birthday! The album is now available to purchase digitally and in-store, and features the current single -Living Dangerously' which is at radio now.

Heart Beats sees Dami Im realise her long awaited dream to release a studio album complete with her own material which represents her as an artist. Once again working alongside renowned song-writers and producers including Jon Hume (Evermore, Delta Goodrem, Matt Corby) and Trinity Music (-Super Love', -Gladiator'), the album demonstrates her true artistry.

Dami Im's diversity, musicality and powerhouse vocals are showcased in what is an incredible collection of tracks including her Platinum single -Super Love' and Gold single -Gladiator', both released earlier this year. The essence of her as an artist is evident throughout Heart Beats with Dami co-writing the majority of tracks on the album, solely writing the title track herself, and including her stunning interpretation of Macy Gray's -Beauty In The World'.