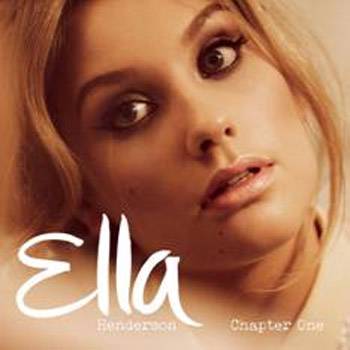 Having recently been in the country for a promotional trip, Ella has captivated Australia with her first single -Ghost', performing her powerhouse vocal on both The X Factor and Sunrise. -Ghost', which is undoubtedly one of the biggest songs of the year, hit #3 on the ARIA chart and has been accredited with Double Platinum sales. Chapter One is currently sitting at #2 on the Australian iTunes charts and is top 10 in over 20 countries, further establishing Ella as one of the leading breakthrough artists of 2014.

Ella's second and current single, -Glow' is a broody, drum-driven, electronic-tinged track laced with Ella's signature soulful voice. '-Glow' will surprise lots of people. It's a sound no one is expecting from me," says Ella. 'The last six months have just been one high after another. Performing -Ghost' in front of 80,000 people at Wembley Stadium is a moment I will never forget." -Glow' is at radio now with the video already surpassing 3 million views. You can check it out now: http://smarturl.it/EHGlowVideo.

All of the tracks on Chapter One perfectly capture Ella's old soul sound with an effortless modern edge of now. Ella wrote the album with a stellar list of collaborators including Ryan Tedder, Salaam Remi, Al Shux, Babyface and TMS. 'My writing's very personal, like an open diary, so the songs had to be raw and honest and have a live band feel."

Ella Henderson's Chapter One is out now!