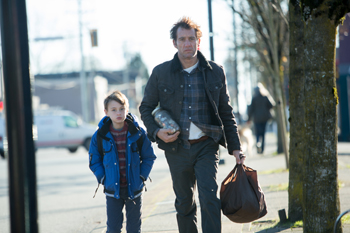 Synopsis: The Confirmatio stars Clive Owen and Maria Bello as the divorced parents of eight-year-old Anthony (Jaeden Lieberher). When his mum and her new husband (Matthew Modine) head off to a religious retreat, Anthony gets to spend two days with his dad, Walt (Owen) for the first time in what seems like forever. 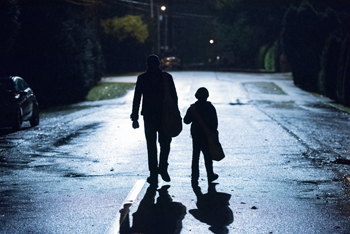 Already awkward on both sides, the weekend becomes a series of unfortunate events with alcoholic, down-on-his-luck Walt having to deal with his truck breaking down, his landlord locking him out of the house and the theft of his toolbox which he needs for an upcoming job.

As father and son set out to find the missing tools, they encounter a series of odd characters and even odder circumstances; the combination of which results in a major bonding experience for the pair and what Rogerebert.com called, 'a smart, effective coming of age tale".

Question: Clive, are you attracted to dangerous characters. How does Walt fit in to that picture? 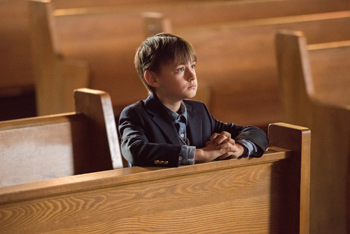 live Owen: I would say I'm attracted to characters that have conflict because for me it's always more interesting than a character that hasn't got conflict and it's more real and so a character that's grappling with something is always much more interesting to play because you've got more than one thing to play all the time. And this film certainly falls into that bracket because he's a father, estranged from his son who's trying to make a go of it and trying to do the right thing and it's very difficult in his circumstances and he's got some demons he's dealing with. But, you know, so it certainly falls into the bracket of a character in conflict.

Clive Owen: Yeah, I mean at the end of the day his intentions are true and good and he's trying to make a go of it but it's not always easy and the one thing that's very sweet about this film. It's about a group of characters living in a particular area and a lot of them have a very tough time and are struggling but it's very non-judgemental you know, it's not a film that looks down on these people, it's a film that you kind of have empathy and understand how hard it is for a lot of people.


Question: Jaeden how did you prepare for the role of Anthony? 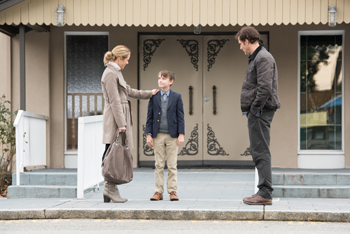 
Question: Clive and Jaeden, what kind bonding was done off screen?

Clive Owen: We hung out a bit didn't we? We went on bike rides together on the weekends we hung out. We had a very good time; we got on well me and him.

Jaeden Lieberher:Yeah, we did a lot of physical stuff, just to get healthy. We rode bikes and ate bananas, yeah it was fun.