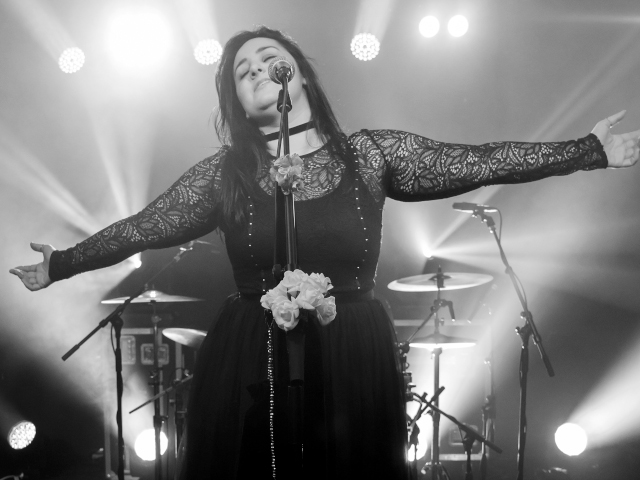 Singer/songwriter, Bloom, releases her new single 'One More Place' – the second of a three-part release telling the story of lost love.

Released in September 2021, 'Love Is A Lie' first introduced the story capturing the feeling of heartbreak. The single proved popular having amassed over 35,000 streams on Spotify since its release and whetting the appetite of fans for the next installment. 'One More Place' explores the visual reminders one has of a relationship, post-break-up.

I've had a few (too many) breakups, as most of us can relate to at some point in our lives. There is always that one place that reminds you of your ex, or that raw phase you go through post break up where you are wondering who they are with and have a bunch of unanswered questions while coming to the realisation that it is really over.

Once again collaborating with US songwriters, Bill Flanders, Travis Myles & John Rommel, 'One More Place' continues down the ambient pop direction akin to that of Amy Winehouse or Lilly Allen.  But Bloom is anything but a Winehouse or Allen doppelgänger. With Italian descent, Bloom embodies her own larger-than-life rugged charm, brash sense of humour, and distinctively soulful and jazzy vocal. 'One More Place' continues to demonstrate Bloom's amazing brassy vocal performance and trademark tone.

If you've seen her live you'll know it's on stage where Bloom really shines. Often described as "brilliant", "exceptional" and "superb", Bloom is a seasoned performer and a born entertainer with a touring resume to boot.  Not stopping at performing to sold-out audiences across Australia and New Zealand, she's also been invited to perform to global Television audiences for the Cricket Australia Test with the Qantas Choir, The Sport Australia Hall of Fame Awards & Gala Dinner, Domain Test Series, and The Bledisloe Cup.