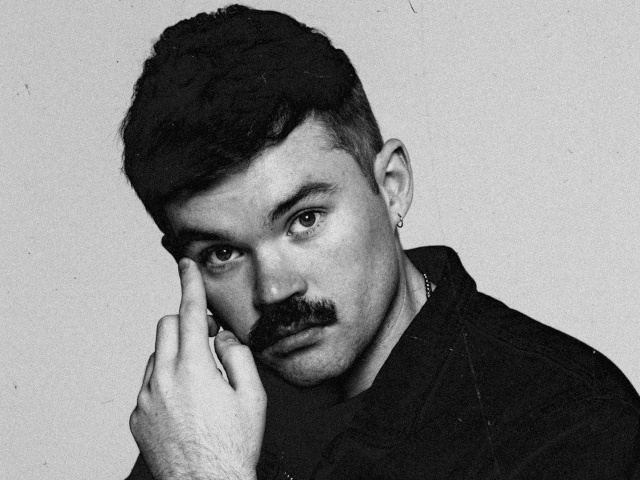 Having built a dedicated global fanbase with his unique blend of house music, Dom Dolla teams up with the equally adored and celebrated indie-electronic trio, Mansionair. The two worlds of these renowned Australian artists collide for a cinematic and kaleidoscopic journey titled 'Strangers', out now on Sweat It Out. With a driving beat, and Dom's signature driving basslines, the record is amplified by the angelic vocals of Mansionair frontman Jack Froggatt - the delicate delivery conveying a sense of longing that is both raw and compelling from the outset.

Speaking on the collaboration, and how the record came together Dom shares "I'm so excited to finally get 'Strangers' out there into the world. The Mansionair guys and I met in Sydney just as the city was coming out of lockdown for the first time in 2020. When we met we instantly clicked. After writing a few ideas together they remembered an old vocal idea they had sitting on a hard drive they weren't sure what to do with. As soon as I heard it I knew it had potential. I could hear big sweeping strings in my head and a big, progressive bassline to follow the vocal hook. I took the acapella into the studio the following week, not long after I had a demo to play at shows. As American touring opened up I began testing it out and playing it at shows and festivals, after seeing the crowd's reaction I knew we were onto something really special. I hope you enjoy it as much as we do x."

Echoing those sentiments, Mansionair continue "We're so eager to share this new collaboration with Dom Dolla. We met earlier in the year and just instantly clicked. As we were packing up at the end of the day, we showed Dom an early version of Strangers, it was pretty bare at the time, but we fleshed it out within a week and we've been loving it ever since. It's a song about treading carefully with your words in the heat of a moment, and knowing your worth. We're so excited for you to hear it."

Taking the world by storm with a series of hypnotic house heaters, including his international breakthrough single 'Take It', and 'San Frandisco', Dom Dolla has quickly become one of the most celebrated producers the world over. With 'Take It' being accredited Platinum and 'San Frandisco' accredited Gold, the latter went on to earn him a multitude of accolades including #1 most played triple j, whilst charting at #33 on triple j's prestigious Hottest 100 list, before earning himself an AIR award for Best Independent Dance Release, as well as an ARIA award for Best Dance Release following two previous nominations. Now with a staggering 300 million+ streams across his releases to date, Dom has proven himself through his originals, and his collaborations including the knockout singles 'Pump The Brakes' (recently earning him his fourth consecutive ARIA nomination), 'Moving Blind' with Sonny Fodera, the mammoth Torren Foot collaboration 'Be Randy' which earned him his first ARIA nomination, and one of his all time classics 'Define' with Go Freek, which to this day is one of his greatest streaming successes.

Following a long drought of touring, Dom Dolla is back on the road playing to rapturous crowds across the United States, with forthcoming shows across the United Kingdom, Netherlands, and New Zealand, before returning home to Australia for a string of festivals and headline shows to be announced. In the year prior to COVID, Dom played an incredible 125 shows globally selling out headline shows across Australia, North America, United Kingdom and Europe including some of his biggest festival performances to date at Coachella, Tomorrowland, EDC Las Vegas, Electric Zoo New York and Beyond The Valley Australia.

Indie-electronic trio Mansionair have become staples of the Australian music industry since forming in 2014, and instantly impressing with a range of riveting breakout singles including 'Speak Easy', 'Hold Me Down', 'Easier', and 'Astronaut - Something About Your Love' which landed in the US Rock Airplay chart, catapulting their success both locally and internationally with a wealth of fandom to follow. The band further collaborated with ODESZA on the Gold accredited and GRAMMY nominated record 'Line of Sight', before going on to release their critically acclaimed debut album Shadowboxer, with champions including triple j, The Line of Best Fit, Clash Music, amongst many others. Throughout 2021, the formidable three piece have released 'More', and 'Don't Wait feat Yahtzel', and with a mammoth 21 date US tour on the horizon in early 2022, Mansionair are setting the pace for a big year ahead.