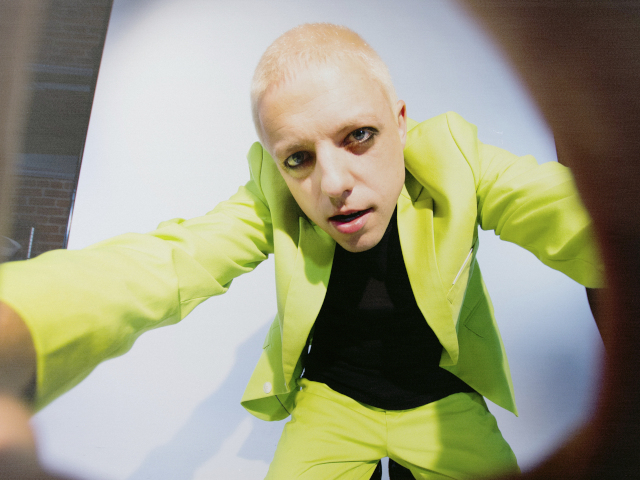 Alt-electro alchemist Robert DeLong has today released his new album Walk Like Me - out via Glassnote Records.


Walk Like Me is the outcome of a period of extreme personal evolution for DeLong. After ending a nearly 10-year long relationship, he took the time to re-explore who he is musically, spiritually, interpersonally, and lyrically. Half of the songs were written with an array of Robert's different musical friends, including Ashe, Lights, Sir Sly, K.Flay, Tim Pagnotta, Fast Friends, and countless others and then were produced and mixed in his home studio over the darkest days of the pandemic. The other half were almost entirely written, produced, and mixed by Robert. The result is a stunning album detailing the journey of self-discovery.

"Walk Like Me is my new album, and I'm relatively certain (within a reasonable margin of error) this is the most excited I've ever been to release a body of work. It is a collection of songs unbounded by genre - referencing punk, dub, techno, industrial, folk, no-wave, alt-rock, and country, tied together by a sort of anti-hyperpop alt-pop undercurrent, with vocal delivery and lyrics (hopefully) as the adhesive. The album is intended to bring the listener on my personal journey, an invitation to 'Walk Like Me' (if I may engage in some low-hanging punnery)," said Robert.

The album features DeLong's collaboration with Canadian electro-pop phenom Lights, "Did it to Myself," and "Better in College (feat. Ashe)." Both of which were met with global praise including placement on Spotify's New Music Friday in twelve countries as well as key playlist placements on Apple, Amazon, and YouTube. DeLong's latest single "Own Worst Enemy" is also featured on the album.

Robert Delong has racked up 140 Million+ Streams on Spotify, more than 26 million views on YouTube and 59 million streams on Pandora. His 2018 collaboration with K.Flay, "Favorite Color is Blue," went Top 12 at Alternative radio and has been streamed over 18 million times worldwide. His single "Global Concepts" went platinum in Australia.

He's performed on the TV shows, Jimmy Kimmel Live!, Late Night with David Letterman and Conan, as well as elite festivals across the globe including Coachella, Lollapalooza, Bonnaroo, Outside Lands, Bottle Rock, Firefly, Groovin' the Moo (Australia), Splendour in the Grass (Australia), Lowlands (Holland) and Reading and Leeds (UK).

"Walk Like Me" is available to stream on all platforms now!