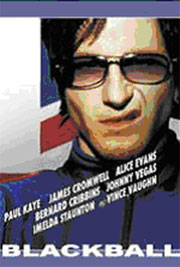 At Last, A Sportsman The British Can Be Proud Of

Synopsis:
In the world of spectator sports, there are of course the all time greats: Football, Rugby, Tennis, Golf and Lawn Bowls...?
In the sleepy seaside town of Torquay, on "The English Riviera", the game reserved for geriatrics and pensioners is taken VERY seriously. None more so than by the reigning champion Ray Speight (JAMES CROMWELL), conservative and stuffy, he has been Torquay's homegrown hero for over 20 years but now his title is threatened.

Cliff Starkey (PAUL KAYE) a young pretender from the wrong side of town is daring to go up against him. Armed with his sexy bad-boy persona, a flashy American agent Rick (VINCE VAUGHN) and an army of screaming female fans, Cliff is a fresh and exciting new sex symbol in the game. In fact, he is fast turning Lawn Bowls into the biggest spectator sport in England - possibly the World!!! To add insult to injury, Cliff's biggest fan is his new girlfriend Kerry (ALICE EVANS)... Ray's daughter!

My Verdict:
Cliff Starkey, played over-the-top by Paul Kaye, works for his painter/decorator grandfather and is always mucking around, at work and at play. His play is his passion for lawn bowls and he has developed various tricks, some very clever and inventive. He ventures to the local lawn bowls club and to the horror of the members, is actually quite good at lawn bowls. So good in fact, that he wins the annual tournament. This can't be happening and the committee frantically search for a rule to disqualify him. Of course they find one and this sets Cliff off on a journey to seek a certain type of revenge, complicated by the fact that he is slowly falling for the clubs long-standing champion, Ray, played very dourly by James Cromwell.

'Blackball' will probably never be a hit in Australia because we already have our own lawn bowls comedy - Crackerjack. To try and compete with that is a tough ask, and sadly, 'Blackball' just doesn't stack up against the competition. It's a pity because there is so much potential here that is wasted, including the final international tournament against the Aussies. Most of the characters are overdone and could have been toned down just a little. But still, the movie is quite likeable and it does have its moments, it's just that they are too far and too few between.