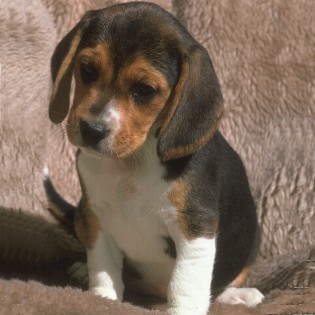 NEWS FLASH: This month read about the 2.6 million dogs and cats that are tortured, killed and eaten every year in South Korea.

Supported by http://www.wspa.org.uk, http://www.animal-lib.org.au Visit them to find out more about helping our animals.


Realistic Measures
It doesn't matter if you're not an active vegetarian, or 'out there' in a dingy with Greenpeace, taking on an oil tanker! Remember it doesn't have to be 'all or nothing', and that's why Paw Prints is going to bring to you, compelling articles with real statistics, along with ways we can all improve the future for our fury friends. Making an animal safer could be as simple making an informed choice when you are shopping. After all how can you help? If you don't know where to start!

Inspiration
A difference can be made without disruption to lifestyle! It's power in numbers. Take for example the glamorous fur trade in the 1950's. It seemed literally unstoppable. Who was going to take a on such an issue, a 'few animal lovers', come on! Yes, its true their cries fell on deaf ears initially, but with fierce perseverance from a growing number of animal lovers and the education of society, to care for furry creatures, fur has gone from being the height of Fashion, to simply 'bad taste'. Sure the industry tries to bring it back, but the demand just isn't there.

Making a difference
That's the power of human compassion, so when you feel like it's hopeless, don't'. Whether you show your support by becoming a member at your states Animal liberation organization, email suggested parties (local/international politicians) or sign petitions to air your feelings of sadness or disgust. Just remaining updated on support events, to create awareness by conversation, actively showing your support by being another number at rallies, having an article published on these matters, even attending entertaining fundraisers. All these contributions can, and do, make a difference, every year, for animals who, are suffering at the hands of the 'not so compassionate human'.

It is quite hard to fathom that in a civilized world such as ours, select groups of people continue to justify the unforgiving acts of torture, abuse and the subsequent murder of animals - animals that the Western World would define as domestic and companions.

But we would be naïve if we were to think that activities of this nature are not accepted as "normal" in some societies and do not occur. A disturbing report recently highlighted that in South Korea, 2.6. million dogs and cats are tortured, killed and eaten every year.

The nature of these killings is typically very violent as these methods are thought to tenderise the flesh and improve its aphrodisiacal qualities by stimulating the release of adrenaline. The more the dog is allowed to suffer, the more flavourful and beneficial the meat is thought to be. Incredibly, many Koreans still believe that they will become more sexually active if they devour meat from a dog that has been tortured to death.

Common methods of killing include leaving dogs to be hung from ropes on trees, bludgeoning them with hammers and electrocution. The animal's hair is then removed with a blowtorch and in some reported instances, while the dog is still alive.

Cats are commonly boiled alive in large pressure cookers, as they do not hold any position of affection in Korean society. Many attempts have been made to eradicate them by the means of excessive beating, resulting in death. The Korean government has turned a blind eye in regards to enforcing it's animal welfare laws and in doing so, has allowed the illegal farming, slaughtering and selling of canine meat to continue. However, IT IS ILLEGAL under Korea's food and sanitation laws to sell and cook dogs. 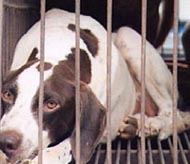 
"In reality, the trade in dog meat has more to do with greed and profits rather than any sort of tradition."

It is up to the majority of us who detest this kind of callous behaviour inflicted on these defenceless animals to put an end to this disgraceful and inhumane practice. So let your voice be heard by contacting the following people and demand that they enforce existing laws prohibiting cruelty to and consumption of cats and dogs!