Baby Velvet What The Hell Is Wrong With Me 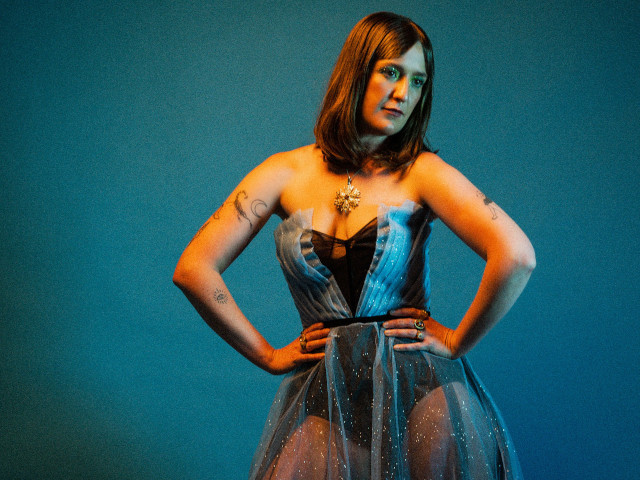 Melbourne artist Baby Velvet gazes inward on latest single 'What The Hell Is Wrong With Me', as she reflects on life and love, and questions if she's doing it all correctly.

Describing the track, Hannah says "I kissed a guy in Texas once who kissed tongue first – I swear his tongue hit me 5 mins before his lips got there - someone's recently told me this is called 'Rolling Out The Red Carpet'. And I thought, maybe I'm the one who has been kissing wrong all these years? This song is about breaking up and looking around at other people and thinking, how are you doing it?! How do other people have long term partners? Long term relationships? Jobs. Houses. Families. Pets. What the hell is wrong with me? I have been joking though, since my most recent break up, of changing the name to Who The Fuck Would Break Up With Me?"

The lyric video, made my Kalindy Williams, is a literal work of art as the paintings do all the talking, the kind of contemplative thoughts that keep you awake until 3 in the morning.

Hannah discusses the process behind the clip, "For this clip I really wanted to let Kalindy run wild with whatever came to mind for a lyric video - I sent her all of my existing videos, my album cover, my Pinterest boards and said go for gold! And she came up with this incredible lyric video - the picture wall similar to my wall in my 'Atlanta', the Mary iconography like Album Cover but with a very distinct Kalindy style and twist to it."

Baby Velvet's debut album Please Don't Be In Love With Someone Else is out May 27 via ABC Music and to celebrate she will be hitting the road for a run of shows, performing latest hits 'Call Me' and 'Atlanta' for audiences along the east coast for the very first time.

Produced by LA legend Kevin Ratterman and Melbourne royalty James Gilligan, Please Don't Be In Love With Someone Else delves in to the complexities of love, life, and adulthood across its 10 tracks. Baby Velvet looks inward as she reflects on heartbreak and making the same mistakes, self-doubt, and the darker realities of being a touring musician.

An activist and musician, Crofts feels the world sparkle around her. Baby Velvet's soaring harmonies and aching lyrics are gloriously gritty and heart-wrenching but always familiar with hard-won reflections on the artist's life.

As one quarter of the indie folk group, All Our Exes Live in Texas, Crofts has toured the world in vintage gowns and rhinestone boots. The band's debut When We Fall reached #6 on the ARIA charts, won an ARIA for Best Blues and Roots Album along with the band supporting the Backstreet Boys, singing on Kesha's Grammy Nominated Album, and travelling across the USA with Midnight Oil.

Like scorpions who distinguish between light and dark to navigate by moonlight, Baby Velvet negotiates the low light of self-doubt with an innate sense of purpose. This is strident power pop that saturates and sparkles while sinking sharp teeth into the patriarchy. There is no turning back.