Amy Sheppard Nothing But Wild 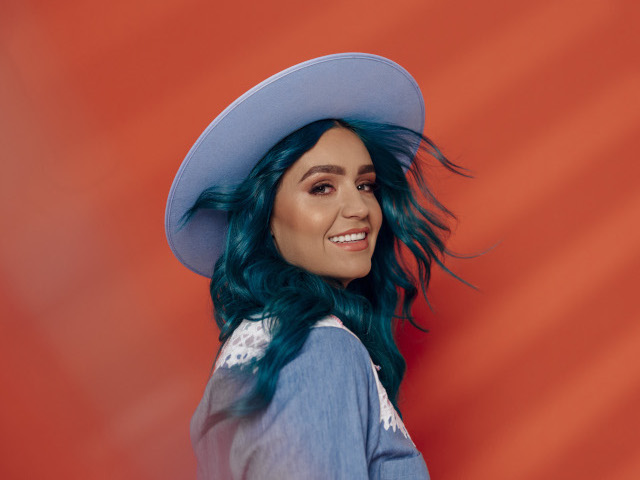 Internationally acclaimed artist Amy Sheppard is packaging up her pop stylings and fusing them with country influences, today releasing her debut solo single Nothing But Wild. While definitely not her first official foray into the genre, previously already a Golden Guitar Award winner for her vocals on Lee Kernaghan's Spirit of the Anzacs, Nothing But Wild offers an up-tempo and affably jangly stomper that fans can also catch in action this weekend at the Toyota Tamworth Country Music Festival and KIX Live in the Park, as well as CMC Rocks QLD later this year.

Nothing But Wild gifts the perfect salve for those who have had their wanderlust evaporate throughout the global pandemic, as travel and leaving one's own four walls have become distant memories over the past few years. Infused with plenty of country-pop flair, Nothing But Wild also sees Amy stylistically explore deeper into hues of sparkling zest and sharp warmth, with plenty of driving beats, smooth melodics and catchy hooks helmed emphatically by Amy's powerful lilts. Delving beyond her storied tenure fronting the multi-platinum selling band Sheppard, this triumphant solo project has, in fact, been multiple years in the making, with Amy embracing the hurdles that have accompanied her professionally, while also proudly displaying her seasoned songwriting and charming sense of adventure, as Amy elaborates, "Nothing But Wild explores my innate desire to regularly escape the city in order to reconnect with my wild side and natural surroundings. Having a sense of adventure and having someone to enjoy it with invigorates my soul and reminds me of what's important in life: love, nature and spontaneity. I've tried to blend my favourite elements of both the pop world and the country world. I love storytelling, rich harmonies and finding a blend of the live and midi which I find to be captivating whilst still holding authenticity."

Evolving from a gradual and collaborative process, Nothing But Wild has also emerged from Amy's previous experience writing and singing with artists like Kasey Chambers, The Wolfe Brothers, Lindsay Rimes and Phil Barton. And drawing inspiration from some stellar country pop queens like Kasey Musgraves, Kelsea Ballerini, Maren Morris and Taylor Swift, Amy knew early on in the process that she was onto something special with this brand new track, as she continues, "I wrote Nothing But Wild in Nashville with Lindsay Rimes (an Aussie songwriter/producer based in Nashville) and Trannie Anderson (Nashville songwriter). It felt so natural and fun to write, I instantly knew it was going to be the lead single."

Branching out on her own as a solo artist, and reinvigorated as a country pop star in the making, Amy has spent the past three years writing and building towards this debut solo release. And while a country turn on her own may seem somewhat distant from conjuring pop earworms with her siblings and garnering over one-billion combined song streams under the Sheppard moniker, Amy has always had a special place in her heart for country flavours – and she's only just getting started, as she explains, "I actually grew up listening to a lot of country music. My father is a MEGA country music fan and growing up he always had CMC on the TV.  He used to blast country music to wake us up in the morning. In the 90's, my idols were Shania Twain, Faith Hill and LeAnn Rimes, to name a few. As a member of Sheppard, I've been fortunate enough to spend most of my career in the pop world, but along the way we've also spent some time in the country music world and we have in fact won a Golden Guitar Award thanks to Lee Kernaghan including us in 'The Spirit of the ANZACs' single. We've played many country music festivals and rodeos and the thought of entering the country music scene has been on my mind for as long as I can remember. I'm finally doing it.