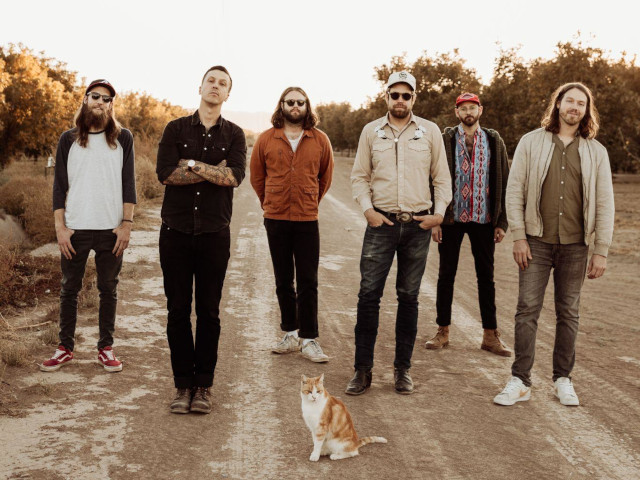 American Aquarium releases their career-best album Chicamacomico, out via Thirty Tigers. The title of the album was inspired by a former life-saving station built-in 1874 on the Outer Banks of the band's native North Carolina. Produced by Brad Cook (Bon Iver, Nathaniel Rateliff, Hurray for the Riff Raff) at Sonic Ranch, and with co-writes from Grammy-winner Lori McKenna and Grammy-nominee Hayes Carll, Chicamacomico is a moving reflection on how we pick up the pieces after losing someone dear to us and harness that loss into gratitude and a deeper understanding of the world we live in. Intricately penned from a range of perspectives–a spouse, a parent, a best friend, a child, and a grandchild"this project captures frontman BJ Barham's ability to tackle real and harsh subjects in a manner that is both wildly insightful and unmistakably grounded.

The new project follow's American Aquarium's 2020 release Lamentations, which debuted at #1 on Billboard's Heatseekers Chart. On the making of Chicamacomico, BJ Barham says, "In my sixteen-year career, I have never been prouder of a set of songs, lyrically or stylistically. They have weight, but they aren't weighed down." With backing from bandmates Shane Boeker (electric and acoustic guitars), Rhett Huffman (Hammond organ, Moog bass, acoustic guitar), Neil Jones (pedal steel, acoustic guitar), Ryan Van Fleet (drums, percussion, acoustic guitar) and Alden Hedges (bass guitar, vocals, acoustic guitar), Barham's stories have never burned more brightly. "Chicamacomico sounds like nothing we've ever done, yet it sits comfortably amongst the rest of our catalog" says Barham.

Chicamacomico is available via cd, vinyl, and all digital platforms. Magnolia Record Club is offering an exclusive lavender marble-colored vinyl variant which is available for order now.

Chicamacomico tracklist
1. Chicamacomico
2. Little Things
3. Just Close Enough
4. The First Year
5. Built To Last
6. Wildfire
7. The Things We Lost Along The Way
8. Waking Up The Echoes
9. The Hardest Thing
10. All I Needed