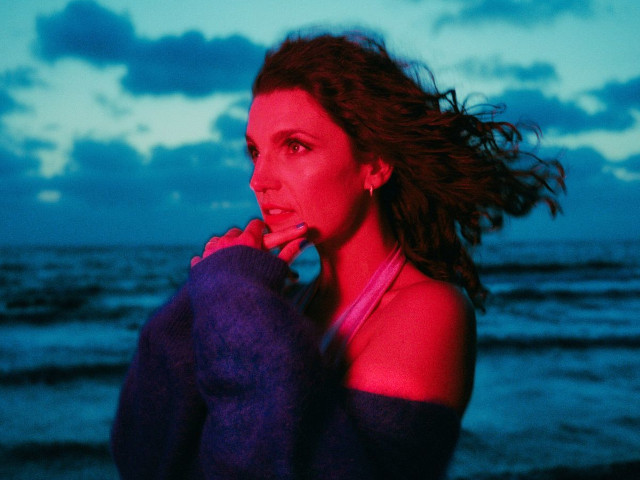 Melbourne violinist and genre-explorer Xani returns with her first new music of the year on the flourishing disco pop number 'Dreaming of You' and announces a string of Victorian performances this July. Following on from her lockdown Twitch series of listener-fuelled tracks including the beloved 2021 single 'You Make Me Complete', 'Dreaming of You' presents yet another entirely new approach to Xani's illustrious songwriting. The single lies patiently in wait at the foothills of an ambitious project that is destined to further cement Xani as one of the most adaptable and innovative musicians kicking around today. Introducing An Inaccurate History of Electronic Music, a concept album that begs an antidote to the gloomy self-imposed question; what might it be like to never dance again?

Out via CD Baby and Bandcamp, 'Dreaming of You' is the first tantalising offering to try and decipher such a cure for this imagined dystopian future, and it all begins with disco"one of Xani's favourite genres and a magical place to start. The single tells the story of a young woman so infatuated with the idea of love that she would happily dream her life away, submerged in bedsheets. Following the waves of sleep stages, 'Dreaming of You' is a dream-pop, disco-inspired moment of bliss, beckoning you to surrender to its pull. Co-produced by Liam McGorry (Ex-Olympian), recorded and mixed by Isaac Barter and featuring Justin Olsson on drums, this track is a stunning collaboration to kick off Xani's EDM journey.

"Imagine a future without dance. Without dance music. Now forget about it and come with me." – Xani


"…a fictional world of EDM genres according to me. Where violin is at the centre of it all! Is that even allowed?" – Xani

The upcoming concept album An Inaccurate History of Electronic Music sees Xani create her own fictitious universe of dance. A place she escaped to over the solitary months of lockdowns, when dancing with, or performing to humans wasn't an option. A world within her own reach where dance lived on and metamorphosised into something bigger than the present. At the heart of it all, An Inaccurate History of Electronic Music is an acutely personal interpretation of electronic dance music's evolution through the ages. A party album where chapter by chapter the (inaccurate) history of dance music is tracked by a veritable musical alchemist and total EDM fangirl. Keep your eyes and ears peeled for further release information and until then, wrap your mind around the enveloping aura of 'Dreaming of You' and be sure to catch the ineffable talent of Xani live when she slides into a venue near you next month.