Beautiful Amanda Peet reteams with John Cusack in director Roland Emmerich's massive disaster epic as ex-spouses who end up trying to avoid being killed as the world faces destruction while a futuristic Noah's Ark is being secretly developed by the White House. In the wintry and gorgeous Jackson Hole, Wyoming, Paul Fischer sat down with all three cast members of the film, beginning with Amanda Peet in this exclusive interview.


QUESTION: You don't normally do a lot of these sort of tentpole-y type of movies. I mean, I don't know if it's necessarily the big movie that you're attracted to. But, what was it about this particular piece? First of all, was John already on board when you got this?

AMANDA PEET: Not when I met with Roland, he wasn't on board yet and then I think when I was offered the movie, he and Chiwetal were already attached.


QUESTION: So, was it the overall nature of the film that appealed to you?

AMANDA PEET: Well, I thought the script was a page-turner, and I thought that it had some nice character moments, even though it was this big action movie. And then I called Jake Gyllenhaal, and I said, "What's it like to work with Roland Emmerich?" And he said, "It's a dream. Go - run, right away, and go work with him." And he was right. Because he's so lovely, and so easy and so supportive and gentle.


QUESTION: Now, when you read a screenplay like this, where there a lot of references to things blowing up or cities collapsing, and there's no real visual clue as to what the film is going to look like - do you, as an actor about to embark on a project like this, need to have a very expansive and creative imagination to be able to see what you think this movie could be? Or do you just look at your own character arc? 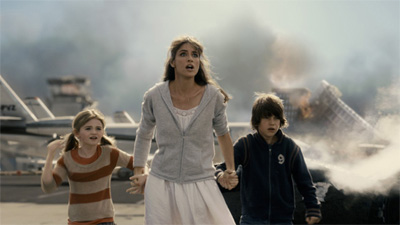 AMANDA PEET: You just look at Roland's work, and then you jump in with great faith.


QUESTION: With great faith. You and John have a history, a professional history. [LAUGHTER] Make sure I'm careful what I say here. Does it make it easy to do a movie like this?

AMANDA PEET: Yeah. It's just very comfortable. And I mean, I think there are a lot of actors I've worked with who are so great to work with, and easy, and John is one of them. So I'd much rather be with him than most people.


QUESTION: With most people? So, you're very picky, really.

AMANDA PEET: I wouldn't say I'm that picky, but I don't want to be with someone who's a pain in the ass.


QUESTION: Has that ever happened to you?

AMANDA PEET: Sure, yeah. Of course.


QUESTION: How do you deal with that kind of situation?

AMANDA PEET: You just kind of dissociate, and stay out of it, and - just don't engage unless the camera's on.


QUESTION: What happens if that pain in the ass is somebody who plays your lover, and you have to have a passionate love scene?

AMANDA PEET: I think sometimes it can even add an element of something interesting, probably. 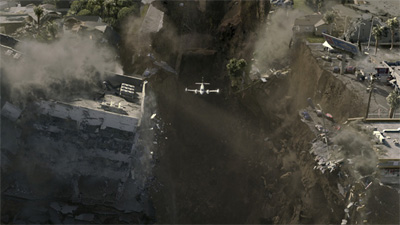 QUESTION: To the relationship.

AMANDA PEET: Because you're so afraid that you're going to underplay it, or undermine it, that you may even find something even more.


QUESTION: Reacting, and all that stuff.

AMANDA PEET: No, no. I mean, it's not my favorite thing to do.

AMANDA PEET: Yeah. I mean, I think both can be fun. I think it just depends what the writing is, and what kind of mood you're in, but it's mostly about the writing. I mean, you can have a character who's very pro-active, and has a lot of speeches, and it's really badly-written, and it's terrible and it's hard to play.


QUESTION: What do you find as an actress now that has established herself, and has slowly begun to pay her dues - what are your challenges? I mean, what do you find the most challenging at this point? 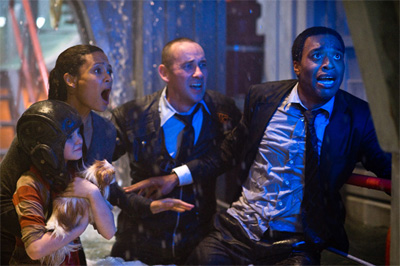 
QUESTION: Well, they're pains in the ass.

AMANDA PEET: [LAUGHTER] I don't know. Yeah. Like, if you're not Kate Winslet or Cate Blanchett, and - if you're not on that sort of A list, then your challenge is, how much do I sit it out, and how much do I come take a hit? You know, come up to the plate and take a hit, even though I don't - this is a gamble.


QUESTION: Are you good at being instinctive about things like that?

AMANDA PEET: I mean, I think I'm okay. I think I'm probably better now that I'm married to David Benioff, because he's a writer. So he'll be like, "You can't shine shit." Because I think my approach before was like, "Well, I'll just make it better." [LAUGHTER] Or, "There's a chance. There's a chance it could be really good." And he'll tell me, "No, there isn't. There just isn't."


QUESTION: Would he ever write something for you?

AMANDA PEET: Well, you know, please mention that we talked about that.


QUESTION: I'm sure I've asked you that before.

AMANDA PEET: I'm working on him. 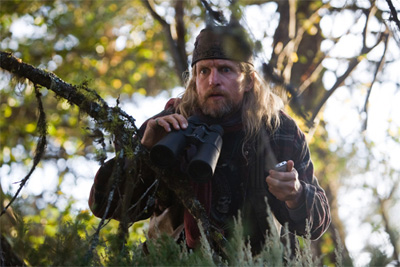 QUESTION: Well, you have your ways.

AMANDA PEET: Yes. And I've been working on him for six years now?


QUESTION: I'm going to have to say something.

AMANDA PEET: [LAUGHTER] I wish you would.

AMANDA PEET: Apparently this isn't one of them. I did have two books dedicated to me so that's one.


QUESTION: Talk about balancing your role as a mother with this crazy profession, and trying to sort of keep it focused. Is that another criteria that you use to decide whether or not you're going to do something?

AMANDA PEET: Well I have to look and see where something's shooting, and how long, and if there are a lot of night shoots. Things like that all matter to me a lot now. And I definitely believe in - you know, being a working Mom. And I think that while it would be nice to be rich enough or satisfied enough, and - you know, in early age, at an early age, to just kind of be blessed out on motherhood, I'm just not one of those people. And - nor do I necessarily think that my daughter - that it's beneficial for my daughter to grow up in a household where her Mom doesn't work.

QUESTION: How old is she now? Three?

AMANDA PEET: Two and a half. I don't know what I think on that matter, but I don't necessarily think that it's better for her for me to be home all the time.

AMANDA PEET: No. No way. The best thing is for me to be happy.


QUESTION: And are you?

AMANDA PEET: Yeah. I mean, you know, I have my moments, like everybody.

AMANDA PEET: Yeah, I think so. Because I think that it was both an advantage and a disadvantage that I kind of - and I've said this before. Like, I kind of went around the revolving door very quickly, and very early. Like, I feel like my performance in The Whole Nine Yards was very celebrated, and kind of came out in a role that was quite flashy, in more ways than one. And also, that was, like, very quirky and weird, and just not like a typical girlfriend role. So I think it was kind of a special role. And then very quickly, I kind of went back around into being kind of - whatever. Not untouchable, but just not - it didn't segue into being anointed in any kind of way, really.


QUESTION: Is that something that you're pleased about? 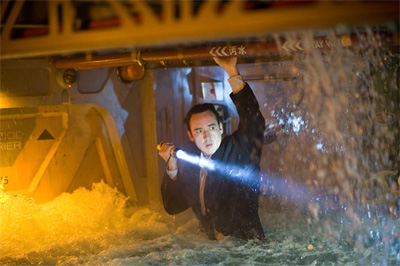 QUESTION: Do you read what is written about you?

AMANDA PEET: Well, doing a play I don't read what's written about me. And I probably don't read all that much any more.


QUESTION: Will you go back to the theater? Was Barefoot in the Park the last play you did?

AMANDA PEET: Barefoot was the last play I did, yeah.I would go back as soon as they would have me.


QUESTION: Are you looking for a stage role?

AMANDA PEET: Yeah. I read stuff all the time.


QUESTION: Is there a classic character that you would like to play?

AMANDA PEET: Just, I am. [LAUGHTER]


QUESTION: What are you doing next?


QUESTION: How was that experience?

AMANDA PEET: it was really fun. I haven't worked with Jack since Saving Silverman, and so it was just kind of sweet to be with him again. And we both have kids now, and we're both old now. [LAUGHTER] In a good way.


QUESTION: How Swiftian is it?

AMANDA PEET: Not so Swifty.


QUESTION: Do you think that the Swift puritans are going to resent it?

AMANDA PEET: Well, they'll be very silly if they do, because it's not even trying. 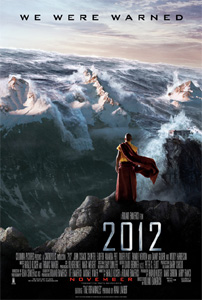 Roland Emmerich has given movie watchers several apocalyptic films in the past in INDEPENDENCE DAY and THE DAY AFTER TOMORROW, and he offers another look at the end of the world in 2012. This action film stars John Cusack, Chiwetel Ejiofor, and Amanda Peet.