What Exactly Is Blockchain and How Will It Affect You?

It's unlikely there are many Aussies out there that haven't heard of Blockchain but what's highly likely is that a lot of us have no idea what it really is. So we enrolled fintech whizz Al Bentley to explain Blockchain in such simple terms that everyone can understand (even kids).

Interview with Al Bentley, CEO and Founder of Simply Wall St. Al is part of The New Investors on Yahoo Finance

Question: What is Blockchain?

Al Bentley: The blockchain is a global online database that allows users to make transactions and share information all over the world. It's essentially a spreadsheet of transactions, except it doesn't belong to any one party or institution; instead, computers around the world have a record of the transactions (think of it like Google Docs.)

Question: Why do we need to know about Blockchain?

Al Bentley: Because the blockchain doesn't belong to any one party, the information on the distributed ledger can't be edited or hacked into by anyone. It makes it a very secure method of transferring information, which in this day and age counts for a lot. Also, since blockchain isn't centralised, it's being used to transfer funds so banking institutions don't get in the way. This has advantages and disadvantages, some people dislike banks and the way governments control the economy, but they are also required to create a stable and dependable environment.


Question: How is Blockchain set to change our lives, moving forward?

Al Bentley: Because of its inherently transparent nature, several industries are starting to explore the applications of blockchain. There are some huge ways blockchain can be applied to everyday life including; payments, digital ID, supply chains, voting, content creation and social media sites, medical records, prescription medicines, wills, tax compliance, real estate transactions, cloud storage and data sharing… the list goes on! It's worth noting that despite the promises of how blockchain can change how we transact, to date there hasn't really been a large scale successful application of it. The technology is still considered in its infancy and the original implementations such a Bitcoin and Ethereum are now thought of as the first generation.

Al Bentley: Yes, as mentioned earlier blockchain doesn't belong to any one party, the information on the distributed ledger can't be edited or hacked into by anyone. It makes it a very secure method of transferring information. Additionally, storing data on blockchain can be an attractive option since the records can't be tampered with.


Question: Where can we find more information? 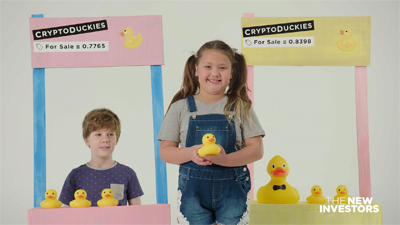 Question: What originally inspired your passion for finance?

Al Bentley: I've always been intrigued by finance, when I was 12 I started coding (before it become the 'cool' thing it is today) and I started my first business as a website designer at 16. I quit my job in 2014 as a Naval Architect to focus on my app Simply Wall St full-time and haven't looked back.


Question: Can you tell us about Simply Wall St?

Al Bentley: I was teaching myself investment strategies and was using sources as investment advice, until I realised that most of these services have ulterior motives and the best advice for the user was often in conflict to their business model. So in 2013, I started experimenting with solutions to the problem and as a side project I started Simply Wall St and it's since grown from there. Simply Wall St helps investors make better informed decisions by turning complicated data into simple visuals. We give our users access to institutional quality data and analysis so they can make informed decisions without the conflict of interest.