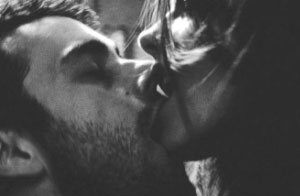 Synopsis:
When Bobby (Teo Gebert) and Tia (Olivia Pigeot) meet by accident, the last thing they want is a relationship. Bobby is hell bent on a journey of self-destruction and in Tia he finds a willing companion. They begin a brutal and damaging relationship fuelled by sex, alcohol and deceit. Tia's only refuge is in her childhood friend Phaedra (Susan Prior), a trusting and optimistic confidant. Tia's tragic denial of her present life begins to infect Phaedra's undying faith in commitment and love. Through desperation, Phaedra dives into an unfamiliar and hostile world but it is her strength and compassion that pushes Bobby and Tia into confronting their worst fear ? honesty.


My Verdict:
'A Cold Summer' is a bitter-sweet journey of discovery for the three characters of the film. Along the path, they all hit self-destruct mode and their paths cross. It all seems so simple, yet it's not. Director, Paul Middleditch, spent time with the three cast over the course of a month, living with the actors prior to starting work on the film, filming anything and everything and created the story from many of these ad-libbed scenes in response to some of their emotions at the time. What he came up with is a very real story set in Sydney with some very real people, using real life experiences.

All three characters have a demon that threatens to devour them and they all have found a way to escape - for now anyway. Bobby has left his wife after their young child dies and found alcohol. Tia's mother has recently died and has found lies. Phaedra's boyfriend died from a heroin overdose and has found denial. It is only when their paths cross, that they are forced to deal with such heavy issues. Bobby befriends Tia and they indulge in lots of sex and lies. Tia bumps into former friend Phaedra at a bus stop and persuades her to get re-acquainted. All three characters are desperate for someone to take notice of them yet pushing anyone who gets near away. This is what is going to make or break all of them.

The film is shot using hand-held 35mm and using natural light. This allows for a sense of real-time and a basic structure, focussing on the characters. At one point, Tia has gone to a playground, hops on a swing and the camera follows her movement, walking around her 360° many times. It is this aspect that works well combined with a very gritty score that is paced so perfectly in sync with the characters emotions. 'A Cold Summer' will not leave you feeling cold.