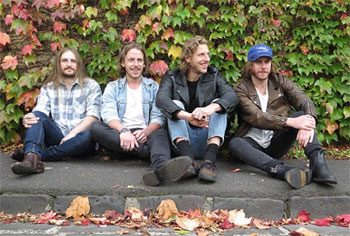 After securing airplay on Triple M and Triple J off the back of the release of their EP- I Know A Place We Can Love', White Summer gained momentum in the local and national scene and secured support slots with such acts as HOLY HOLY, DMAs and KINGSWOOD.
After two EP's and Double A-Side releases, the guys have had their eyes set on displaying a complete body of work, their debut album. 'Zero In Tennis" is the lead single taken from the bands forthcoming debut album due early 2018 and was recorded at the Grove Studios with acclaimed producer Burke Reid who has worked with the likes of Peter Garrett, Sarah Blasko, Courtney Barnett and DZ Deathrays.
Friday 28th July 2017
Yah Yahs, Melbourne VIC
Supporting The Cherry Dolls