Trish Worth Interview for DrinkWise Trish Worth Interview for DrinkWise

DrinkWise has released campaigns to educate Australians about consuming alcohol. DrinkWise is aiming to educate parents about the way kids absorb drinking and about delaying the age in which teenagers first try alcohol.

Kids absorb drinking from their adults- if a parent drinks at every social function it shows their child that you cannot socialise unless you drink.

DrinkWise is also working towards teaching parents to delay the age they introduce alcohol to their children and encourage them to learn about alcohol and the law as well as the affects it has on their body. This campaign for DrinkWise is entitled Kids and Alcohol Don't Mix.

Professor Ian Hickie, the Executive Director at the Brain and Mind Research Institute has provided Drinkwise with an executive summary of the affects of alcohol consumption on teenagers. The summary concludes that alcohol should not be consumed by teenagers under the age of 18 years and alcohol use is best postponed for as long as possible in the late teenager and early adult years.

Professor Ian Hickie has stated that there are "key emerging scientific issues that support these views, most of which are related to the adolescents brain. Professor Ian Hickie also found that in adults "alcohol normally results in sedative effects as the level of consumption rises. It appears that teenagers and young adults are less sensitive to these sedating effects." The result of this is they are "likely to continue with risk-taking behaviours" and "experience loss of control of fine motor skills" this increases the "chances of sustaining serious injuries".

Professor Ian Hickie also found that early "exposure to significant levels of alcohol during the early and mid-adolescent period" was associated "with increased rates of alcohol-related problems as an adult," problems such as mental health and anxiety.

Included below are practical strategies to help parents delay their teen's introduction to alcohol:
1. Set firm family guidelines which reflect the delay message so that your teen is clear about your expectations and understands your thinking.
2. Discuss the fact that not every teenager is drinking. The truth is that most teenagers under 18 either don't drink or don't drink to excess. Drinking too much, too young is not normal.
3. Talk to your pre-teen or teen about the new brain science which is telling us how alcohol can impair the developing teenage brain and stop them reaching their full potential.
4. Encourage them to get involved in other activities that do not involve drinking, but instead offer challenging opportunities, such as sport and creative pursuits.
5. Discuss the delay message with other parents. Share the knowledge you now have about the new brain science and try to come up with a common standard related to your teenagers and drinking.
6. Consider your own drinking behaviour. Teenagers are still heavily influenced by the role modelling of parents. So, if you drink heavily then expect your teenager to drink at risky levels. 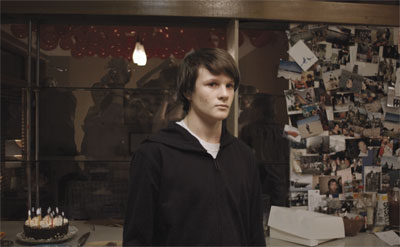 Interview with Trish Worth

Trish Worth is Chair of the NSW Government Alcohol Educational Taskforce & Health Consultant to Client Solutions.

What is the main aim of the campaign at this stage?

Trish Worth: Well this is the next phase of the campaign. We still keep up that 'Kids absorb your drinking' but the next stage is that "Kids and alcohol don't mix' because the new science shows there is potential damage to the adolescent brain which can have significant consequences. We want to be able to impart that knowledge to parents so that is it really empowering them as well. We want to ignite a discussion with parents to parents, because so often parents think they are the only ones trying to deal with these difficult situations. Where as in fact it is more widespread than that.


What are the long-term effects of adolescents drinking alcohol, does it affect brain functionality?

Trish Worth: It can and on our website, www. drinkwise.com.au expert advice from Professor Ian Hickie and others will be available. Professor Ian Hickie begins his Executive Summary by saying that before the main components of brain damage occurred before birth and in early childhood, but now we know better. This direct quote sets the tone of the report: "Exposure to significant levels of alcohol during the early and mid-adolescent period appears to be associated with increased rates of alcohol-related problems as an adult as well as a higher rate of common mental health problems such as anxiety and depression". It then goes on to say that depression and anxiety highlight of course, can highlight a greater risk of suicide and self-harm. Certainly the lower the age of exposure to alcohol the greater the risk of problems to the frontal lobe of the brain.

What I found most interesting was that in adults "alcohol normally results in sedative effects as the level of consumption rises. It appears that teenagers and young adults are less sensitive to these sedating effects." Due to this adolescents are more likely to drink to neurotoxin levels. The important message from the experts is to delay adolescents drinking alcohol as long as possible. We encourage parents to ignite a discussion between parents, but also to encourage parents to talk to their children about this. I think parents want their children do to well and I think by that age children, that age, also themselves want to do well, want to do well at school and want to be successful at sport and their studies and other developments as well as careers- it can impact on what happens for the rest of their lives really.


What positive changes have you seen implemented so far as a result of the Drinkwise campaigns?

Trish Worth: Yes, parents have changed their drinking habits in front of children as they are now more aware of the problems associated with alcohol. We certainly hope there will be more positive changes through the campaign. What this is all about is providing information.


Can you share any advice for parents who have teenage children- and how to provide clear and positive information in regards to underage drinking?

Trish Worth: I am a mother; although my children are grown up I know how difficult it can be. Research shows that 89% of 10-17 year olds actually take notice of what their parents say, parents generally think that they don't, in actual fact they do. That is why we are trying to empower parents to discuss these issues with their children and make firm guidelines, this will make their children feel very loved and that is why the guidelines are being set. Parents need to tell their children they want them to do well and want them to be happy in whatever their chosen field may be and we want children to be safe. We didn't always know this information, now we do; this is what the experts are saying. Impart the knowledge that not all teenagers drink, teenagers get a worse name than they deserve. Most teenagers do the right thing and don't drink, that is the norm, rather than the norm being that teenagers drink to excess.


What information do you have in regards to underage drinking at parties?

Trish Worth: It is becoming, it is quite an issue if parents think they can give alcohol to their child's friends because the more we know about it, clearly the law the way it is and it is important to have good guidelines in this area.

Some research shows that 80% of parents think that it isn't that bad to have alcohol during the ages of 15 and 17 years, but only 50% think that it is okay to smoke. So, that in itself is a little alarming. I think it is because; it has become more of a norm. I emphases as I said before, we need the norm to be that it is not wise that early to mid adolescents to be drinking at all. The long that it is delayed the happy their lives will be.


Is the norm for adults to provide their children with alcohol, especially at 'special functions'?

Trish Worth: They think that it is not harmful to do so and some think that it is best that they do provide it in the family environment instead of their children getting it outside the family environment. While that is no doubt a good intention, we now know that is not really a wise thing to do. We are not into blaming parents as we haven't always known these things.

A study has found that in the last five decades there has been a significant lowering of the age a full alcohol drink has been consumed, five decades ago it was 19 years now it is 15.5 years. That is not a good sign. It has become the norm.