Aussie brothers, Travalley have dropped their seriously fun, raucous new single, Dear Babe. The track is accompanied by a fittingly bonkers video that sees the duo, Levi and Sam Mellington, munch through as many chillies as possible throughout the duration of the clip, and they'll be celebrating the release with a livestream single launch on Saturday May 23 at 7pm on Instagram.

Upbeat and hooky as all getout, this driving indie rock track will be lapped up by fans of Lime Cordiale, The Jungle Giants, Hockey Dad and Skegss, and will have listeners toe-tapping, singing along with the insanely catchy backing vocals and coming back for more. Recorded in a Melbourne home studio, engineered by Fabian Hunter and mixed and mastered by Austin Asvanonda (The War on Drugs), Dear Babe is about lead singer Levi's lack of ability to be able to flirt or express how he feels. "I always manage to say the wrong thing or give too much away too early which tends to end up in the "what if I said this" situation happening over and over again and then repeating the process with the same results," Levi explains. "About a year ago, I finally stuck to my guns and held back from blurting out everything about myself to a girl, I was so impressed with myself that I decided to write a song about all my past experiences, and now here we are! We just hope people really enjoy the song and get a laugh out of the film clip."

Filmed and edited by Gareth Harrison (DJ for Yacht Club DJs who also tours regularly with DZ Deathrays and Dune Rats), the concept for the Dear Babe video was inspired by the DZ Deathrays The mess Up film clip where the guys drank as much alcohol over the duration of the song. An extrapolation of this was then released by Dune Rats in Red Light Green Light where they smoked as much as they could. Pretty chuffed with their ingeniousness with this video concept that is sure to set tongues wagging, and rightfully so, Levi explains, "We decided to continue the trend that these two amazing bands created, and stupidly ate as many chillies as we could within the time of the film clip. Little did we know that we ate far more than expected and experienced all sorts of pains for days after the video was filmed!"

Having spent a lifetime together, and the greatest part of it playing music together, the visceral bond present in their playing and their vocal harmonies is obvious, and their onstage banter is infectious. And though the brothers have been combatting a heap of change during the Covid19 madness, they're also able to see the positives. "We've had a lot more time to write new music and expand our sound, and we've had to come up with more creative ways to keep our fans engaged, but it's also given us the opportunity to sit back and relax for the first time in a long time," says Levi. "But like many other bands out there, we had to cancel our entire tour and a bunch of bookings too. The biggest thing we've missed is playing live to our amazing fans that travel to come see us play. Once this has passed and we are able to start playing music in front of people again, we can only imagine how amazing and hyped everyone will be to get out and have a great time."

Levi Mellington : I would describe our music as a jangly bop of surf rock. We try to give every song it's own vibe but we generally stick to a fun and upbeat style.


Question: Can you tell us about Dear babe?

Levi Mellington : Dear Babe is about my inability to flirt well. I always manage to say the wrong thing or blurt out something ridiculous. This song is a dedication to all those people out there that also find it difficult.


Question: Will you guys ever eat chilies again after making the video?

Levi Mellington : Haha.. it has been weeks after we filmed the clip and my stomach lining is still messed up. The smell of chilli makes me feel ill. Even when I eat capsicum, it brings back memories of that night from the smell. But we both love chillies so there will be no stopping us


Question: Being brothers, do you guys ever fight?

Levi Mellington : We used to fight heaps when we were younger but not so much anymore. We are generally having too much fun to fight these days! 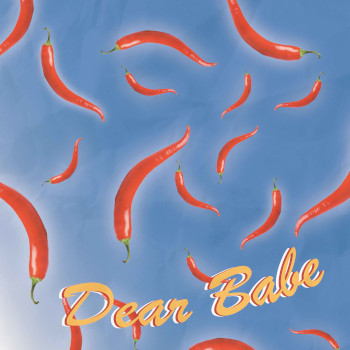 Levi Mellington : This question is great!! Probably Cheryl Waters from KEXP. She hosts one of the biggest radio stations in America I love her so much! She is like the mum of Indie rock music around the world, so Cheryl if you see this.. hi <3

Levi Mellington : I wish I had a good answer for this but Travalley is just a nothing name, we just made it up because it was the first thing that came to mind. People tend to spell it wrong quite often as well so in hindsight we should have picked an easier name.
I remember one time a venue spelt it 'Treveli'. I think this was our lowest point.

Levi Mellington : I really find writing about life motivates me. There isn't a better motivator than reflecting on everything you have achieved in your life in the way of a song. Singing about love and life and lesson learned have always made me strive to become a better person and song writer. Plus everyone can relate with these things.


Question: Do you guys have plans for a tour once COVID-19 has passed?

Levi Mellington : We are going to do an East Coast Tour with some of our favourite Australian bands! We can't really plan too much at the moment but I CANNOT WAIT to play music again.

Levi Mellington : You are hitting us with the hard questions, it is so hard to pick just one. But if we had to choose just one it would most likely be Kevin Parker from Tame Impala. That man is a genius!

Levi Mellington : We used to be a 4 piece and 2 of the band members left due to year 12 and creating their own business. That made everything pretty difficult. However, since this happened, we have written all these new songs so we can't complain now.

Levi Mellington : Playing shows where you can see the fans having a great time. We struggled to get numbers at the beginning, but things have started to pick up a little bit more which has made our shows so much fun.

Levi Mellington : We have a couple of new songs in the works, keep an eye out for them. Other than that we are going to try keep everyone engaged in our band as much as possible without playing shows. If you have any suggestions of what we should do, message us on Insta and let us know!