Tim Finn The View Is Worth The Climb 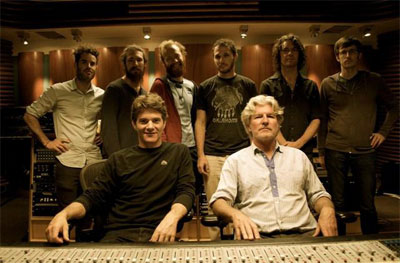 Tim Finn The View Is Worth The Climb

Tim Finn, one of the most praised and admired artists of the past thirty years has enjoyed a unique and remarkable career. From his time with pop pioneers Split Enz (which he co-founded) and Crowded House to a successful solo career, Finn has shown no signs of slowing, in the process penning such classics as Six Months In A Leaky Boat, Poor Boy, Dirty Creature, I See Red, Charlie, Weather With You and Persuasion.

Over the past decade Finn has continued to garner career defining moments such as ventures into theatre and film as well as successful festival appearances at Bluesfest and Homebake. In 2009 he released a 2 disc career Anthology (North, South, East, West) which also featured re-workings of classic Finn songs. He has continued to sell out shows both locally and internationally, where new album release plans are also underway.

The View Is Worth The Climb has proven to be one of Finn's most satisfying projects to date. He assembled a band of likeminded musicians for the recording; Joey Waronker (Beck, REM), Zac Rae (Macy Gray, Fiona Apple, Cold War Kids), Brett Adams (The Bads), Tony Buchen (Andy Bull) and Mara TK (Electric Wire Hustle). The title track is a co-write with Australia's leading female artist, the ARIA Award winning Megan Washington.

For all further information regarding The View Is Worth The Climb and all forthcoming Tim Finn tour information go to www.timfinn.com or Tim Finn's Facebook page.