The Whitsundays with Craig Pearce The Whitsundays with Craig Pearce

In a world first, The Whitsundays has collaborated with world renowned screenwriter, Craig Pearce (The Great Gatsby, Romeo + Juliet, Moulin Rouge, Strictly Ballroom), to create a movie storyboard that is entirely crowd-sourced via social media.

Inspired by the stunning movie-worthy location The Whitsundays, Australians are being invited to submit short movie scenes on Facebook and Instagram in order to co-create acomplete movie storyboard with Craig Pearce.

Fresh off the world-wide success of The Great Gatsby, Craig Pearce will act as Script Supervisor on the movie storyboard. Not only will he choose the daily winners, but Pearce will also share his invaluableindustry insights by providing daily screenwriting tips for budding writers.

Pearce says, 'I'm truly excited to be curating this movie storyboard. Stories are fundamental to what makes us human and from oral storytelling to painting, to pen and ink, to print, to stage, to music, to film and television, we have constantly embraced technology to tell stories in new and exciting ways."

'Using social media to create a movie storyboard is evolving storytelling into the digital age – I can't wait to see the results."

The film has been appropriately titled The Whitsundays, with the crowd-sourcing project to run for four weeks. Each working day an image will be uploaded onto the destination's Facebook and Instagram pages as visual prompts for Australians to write the next scene.

Queensland Minister for Tourism, Major Events, Small Business and the Commonwealth Games Jann Stuckey, who recently holidayed in the region, said the campaign script would portray the -wow' factor experienced by Whitsundays holidaymakers.

'Mr Pearce is at the top of his craft and his world-class skills will soon be put to use with  Australians to oversee a movie-style story that captures the epic experiences and stunning locations of the Whitsundays," Ms Stuckey said.

Tourism and Events Queensland CEO Steven Wright said, 'If you ever needed visual inspiration for a film, the Whitsundays is one of Queensland's dream destinations, offering inspiring land and seascapes that capture the imagination."

The Whitsundays has provided the location for several Hollywood films over the decades, including Nicole Kidman thriller Dead Calm, classic Aussie comedy Muriel's Wedding, kids flick Nim's Island, and action adventure Fool's Gold. It's also tipped to be the backdrop for 20,000 Leagues Under the Sea.

Pearce's stellar experience combined with the creativity of the Australian public will ensure that The Whitsundays is on track to deliver an incredibly rich and entertaining Australian story. 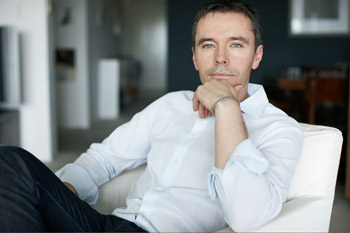 Invent your hero
Who is our lead character (or hero)? What type of person are they and what is going on in their life? This leads into...

Make things interesting
What's our hero's obstacle to getting what they want? How our hero tries to overcome these obstacles creates drama and also reveals their character.

Raise the Stakes
What are the stakes for our hero? Why is it so important for them to get what they want? The higher the stakes, the bigger the drama.

Be bold
Don't be scared to be bold. Throw away your first 3 ideas and look for the idea behind the idea; be surprising.


In return for their involvement, Australians will receive recognition on movie credits, $500 daily prizes and a $10,000 Whitsundays holiday grand prize are on offer.