The Queen of Shebas Pearls 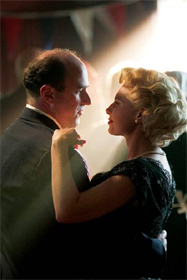 Set in the heady post-war England of the Fifties, this touching film tells the story of young Jack following the inexplicable death of his beloved mother Emily on his 8th birthday. On the same day in 1952, Jack reached his 16th year, the King died, and as he celebrates his birthday surrounded by his extended family, a stranger appears at the door - a very beautiful, mysterious Swedish stranger whose appearance bears a startling resemblance to his dead mother and whose presence would turn Jacks world upside down and that of his family, repeatedly raising the question is there life after death?