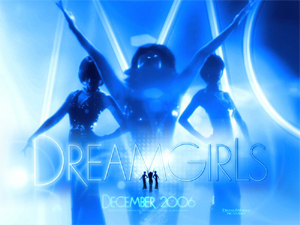 The Cannes International Film Festival, which turned 59 this year, continues to be one of the most prestigious events on the film industry's calendar. It's a place where fame and fortune can be found, and hundreds of thousands of individuals pour into the small seaside town every year in search of that very goal. Of course reputations can just as easily be crushed and aspiring careers halted if the spotlight is shone on films and/or filmmakers who fail to live up to expectations as well. Now that the ten days of mayhem is over, femail.com thought it would take a closer (and far more sober) look, at what won, what lost and what all the fuss was about.

U.S. films seemed to generate much of the controversy this year when they failed to live up to the aforementioned expectation, take Ron Howard's The Da Vinci Code, for example. The film had the honour of opening the 59th festival and while that fact alone caused many an elegant eyebrow to rise in consternation, many thought having that film at this festival a very risky venture indeed. Of course if the risk paid off it would mean that great reviews would be beamed around the world by the thousands of attending journalists, within minutes of the closing titles. The flip side of that is that negative reviews seem to travel even faster, as was the case here. Howard is a serious player in Hollywood and he's known as the man with the Midas touch, but the Cannes audience are a tough crowd and Dan Brown's controversial best seller was always going to divide audiences, and in this case the consensus was that the marketing savvy Howard made a film that tried to be too many things to too many people and in the end it just didn't work. Not that its hurt the film at the box office.

Richard Kelly's Southland Tales also didn't work. The audience booed and the film generated the severest criticism of the entire festival. It screened In Competition but it never stood a chance. Die hard Kelly fans could be seen walking aimlessly up and down the Croisette visibly shaken by the experience. 'How? Why? What happened? Seemed to be all they could gurgle. Of course this was the man who bought us the brilliant Donnie Darko and so their crushing disappointment was justifiable. In a nutshell its supposedly a futuristic tale set in a fascist USA, I say supposedly because in the end most people had no idea what Kelly was on about. But lets not forget that the theatrical release of Donnie Darko also failed to impress at the time, and cult status - much like martyrdom - is only gained slowly over time.

Sophia Coppola's $40 million period drama, Marie Antoinette, also In Competition, was also booed. Yep that's right, Cannes audiences believe in letting their feelings out. Now, whether the booing was because they hated the film, or the idea of an American reinterpreting a key moment in French revolutionary history, is open to debate. Of course casting an American (Kirsten Dunst) and allowing her to use her own accent might not have been the best way to go in hindsight. When asked about the audience reaction at a later press conference, the quietly spoken Coppola replied, "I think its better to get a reaction than a mediocre response." Still, it had to hurt.

The U.S. films that faired a little better included X Men; The Last Stand and the animated feature Over the Hedge. Oliver Stone showed 26 minutes of his upcoming World Trade Centre which promised to be a compelling drama from the Academy Award winning director. The other 'buzz' on the Croisette was Dreamworks Dreamgirls. The studio presented a 40 minute trailer of the musical/drama which stars Jamie Foxx and Beyonce Knowles and had everyone whispering, Oscar contender by the end of it.

In contrast to the maligned U.S. products, British films faired a lot better. Andrea Arnold's debut feature film Red Road was an impressive affair. Set in Glasgow, the thriller sets a taut pace, which kept audiences guessing up to the final few minutes of the film. It's intelligently crafted but then much was expected of Arnold who won the Academy Award for Best Live Action short in 2005 for Wasp and she didn't disappoint. The film deservedly took out the Jury Prize.

Of course the real surprise this year was 69-year-old British director Ken Loach's The Wind that Shakes the Barley, a powerful and moving tale about the English occupation of Ireland in the 1920's. It was Loach's eighth film to be selected for competition and on accepting the award the political filmmaker made the most of his moment in the spotlight and said, "Our film is a little step in the British confronting their imperialist history. Maybe if we tell the truth about the past we can tell the truth about the present." The general consensus was that it could not have gone to a nicer or more deserving filmmaker.

Another film that dealt with war and took out the Best Actor prize was Days of Glory, a film about the shabby treatment of North African soldiers who fought for colonial France in WWII. The prize was given collectively to the actors in the film. When Jury President Wong Kar Wai was asked about two films that dealt with colonialism both winning awards the Chinese director said, ""We had no agenda. We looked for films that had hope, compassion and solidarity."

Which explained why Alejandro Gonzalez Inarritu's Babel, and Pedro Almodovar's Volver also won. Babel is a compelling story that weaves together tales from Morocco, U.S. and Japan. Starring Brad Pitt and Cate Blanchette the 21 Grams director's latest film was an instant favourite and won Best Director. Almodovar, who won Best Director in 1999, was clearly overwhelmed when Volver won Best Screenplay and the ensemble female cast were awarded - collectively - Best Actress. In perhaps his most mainstream film to date, Volver is a ghost story that stars Penelope Cruz (in one of her best performances to date), as a hard working woman who encounters what might just be the ghost of her mother looking to put to rest the conflicts of the past.

The Australian presence was also strong on the Croisette, this year. Ray Lawrence's Jindabyne was an instant favourite and generated great word of mouth - a vast improvement on Lawrence' last visit to Cannes. 21 years ago the then debut director was there with Bliss. The audience took such a dislike to his surreal suburban tale that instead of booing they simply left en mass - all 400 of them. This time around we're delighted to report was a far happier affair.

In his opening speech, Wong Kar Wai promised that the jury this year which included Helena Bonham Carter, Tim Roth, Samuel L Jackson and Monica Bellucci, would "open wide the windows of their mind" and when it came to assigning awards, that's precisely what they did.