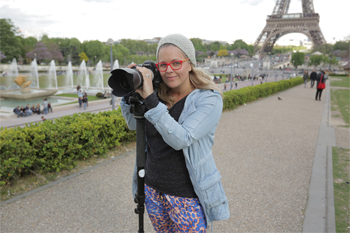 Body image activist and Embrace filmmaker, Taryn Brumfitt and advocates including The Butterfly Foundation are calling for law reform to promote healthy body images with the launch of a new petition on change.org.

The petition calls on the Government, to pass new legislation so that all commercial images must carry a warning if the models who appear in them were digitally altered (for example reducing body size, removal of wrinkles, skin smoothening and skin lightening). The warning must take up a minimum of 7% of the image.

Taryn Brumfitt said, 'Every day we are bombarded with digitally manipulated images and advertising presenting an unattainable ideal of what women's bodies should look like. Promoting images of only one type of body fuels eating disorders and poor self-esteem in young girls and women."

A growing number of health and medical professionals are concerned that digitally altered images in the media can contribute to unrealistic body image expectations, which can with some people ultimately lead to eating disorders and other serious mental health issues.

Due to the growing epidemic of eating disorders, France and Israel recently passed laws requiring images of models whose bodies have been digitally altered to carry a label, allowing the viewer to consciously take note that what they see isn't reality.

'If you look at women's magazines in the last thirty, forty, fifty years, you could be forgiven for thinking that there was only one type of woman who exists in the world and she is six foot tall, about seventeen years old, usually blonde, blue eyed, skin like plastic.

Taryn Brumfitt says, 'The increasing rates of eating disorders, suicide, anxiety and depression related to body dissatisfaction are alarming and on the rise.

We are at a crisis point. Now is the time for us to put people's wellbeing before the financial interests of large corporations.

'This legislation is an important step for all Australian in reducing the negative effects on self-esteem and body image."

To view the petition visit: https://www.change.org/p/label-digitally-manipulated-images-and-create-a-better-world-for-women-and-girls 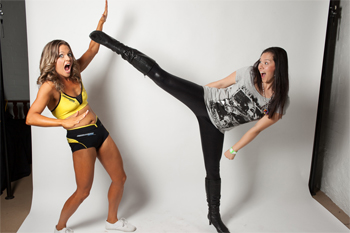 Question: What inspired you to launch this petition?

Taryn Brumfitt: There is a massive issue for men and women in terms of body satisfaction and we know one of the reasons is driven from the imagery we see that is not-real and people are trying to be something that doesn't actually exist. I think it is very important for commercial images to have mandatory labelling so people can recognise what they are seeing isn't actually real.


Question: Can you talk us through the affects digitally manipulated images had on you?

Taryn Brumfitt: Sometimes it's not an obvious thing and it filters in whether you know it is or not. You see images of new mums with no stretchmarks, flat stomachs and their bodies back which makes you think -I want to be like that too' but we can't be something that doesn't exist. We're continuously put into a cycle of -I'm not good enough – I want to look like this' and you can't, because it's not real. It's a vicious cycle which is deliberating to a contributing human being, in this world.


Question: Can you tell us about your documentary Embrace?

Taryn Brumfitt: Embrace is a 90-minute full-feature documentary on my mission to discover why so many women hate their bodies and what we can do about it.


Question: How important has it been to have the support of the Butterfly Foundation?

Taryn Brumfitt: One of the things about getting this petition across the line is that I'm aware it has been tried before and there have been many great women and organisations who have tried to create the reform but it hasn't been successful. The best thing about the petition now is that there are groups coming together, collectively, to put this message forward. As individuals we are not as powerful as we are collectively. It's important for the body image movement to have the support of this National Organisation being the Butterfly Foundation; we are a formidable team and together we will get it across the line.


Question: How can Australians support your message?

I haven't met anyone who doesn't agree that commercial imagery should have a mandatory label. It's time to talk less and do more. I encourage everyone to sign the petition and not just for us but for the next generation of kids who are living in a world that is telling them to conform to an ideal and be a certain way. Let's do it for them.

When body image activist Taryn Brumfitt posted an unconventional before-and-after photograph in 2013, it was...