Sunset City Forget It All Interview Teaming up with the stunning Samantha Jade, break-out Gold Coast trio Sunset City are set to release their feel good summer single 'Forget It All' on Central Station Records. Dubbed as Australia's answer to Maroon 5, the trio know how to keep it classy. With their unique blend of pop, funk and electronic, Sunset City are quickly becoming known for their infectious energy, and talent for delivering charismatic records time and time again.

On the record coming together, Parker explains, "We wanted it to be really light lyrically and just fun all round. We are so excited to have Samantha on this record - her vocals were a perfect fit to match the carefree vibe of the track."

Following the release of their debut single 'Pockets', Sunset City have been approached for various collaborations, including a feature on Bombs Away's hit single 'Let You Down', and Ryan Riback for his recent single 'Papercuts' - the producer behind Starley's 4x platinum record 'Call On Me'.

Consisting of Parker Rose, Rob Johnson, and Matt Scully, Sunset City have been capturing the hearts of audiences all over the country. With a tonne of touring over the past 18 months the trio have performed at a range of events and venues including, Suncorp Stadium, the Commonwealth Games, and Surfers Paradise Live.

Pop starlet Samantha Jade has enjoyed a stellar career. To date, she has released 4x albums including her Gold certified self-titled album, earned 6x Platinum single accreditations, and achieved 4 Top 40 radio hits as well as an ARIA award for her smash single 'Firestarter'. Prior to her feature on 'Forget It All', she collaborated with the likes of Stan Walker, Pitbull and Guy Sebastian. Samantha opened for One Direction on their Australian tour, and wrapped her first national headline tour in September 2018.

Sunset City's 'Forget It All feat. Samantha Jade' is out now via Central Station Records. 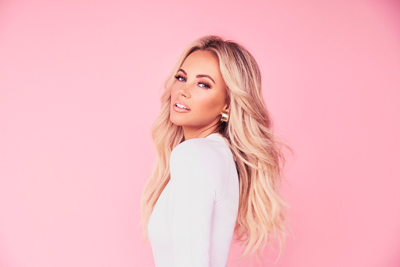 Question: What inspired Forget It All?

Sunset City: We just wanted to make a fun track, something that we could all listen to and feel good. September (by Earth Wind Fire) was definitely an inspiration for the song.


Question: What was it like working with Samantha Jade?

Sunset City: She's such an incredible artist and suits the track so perfectly, so were all very happy at how it turned out. We haven't had the face to face introduction yet as it was all done via studios in different states, but from our chats we know we'd all get along nicely.


Question: How does it feel to be compared to Maroon 5?

Sunset City: People keep saying this and to be honest we're blown away, you can't complain with that comparison. We definitely look for inspiration when creating new tracks and they're typically on the radar of influence.

Sunset City: We're all very different in that area, though I'd say it varies. It can be a momentary thing or it can be an itch to lay down a new beat you've been hearing in your head for weeks. But that's also what keeps it interesting.

Sunset City: Well, right this very second streaming services are running through a sick list of new singles. Anything that's good will get a spin from us. We don't discriminate or genré select, it's more so whatever hits the spot.

Sunset City: We're all so different in that area, but typically anything that came out of Sweden, which is basically half the industry growing up. It was also somewhat a natural progression, we all played instruments and had the urge to perform and make people happy.

Sunset City: Just having that label alone, "Musician" it means we have the freedom to express ourselves through that medium and to be able to make a career of it…what a way to live.