Rising Adelaide sensation, Sydney based gal Sarah Saint James unveils her dark and edgy pop tune, "outta this world (f*ckboys in space)". The buzz around Sarah began after a recent songwriting trip to LA where she has since gone on to pen a number of tunes including Dear Driver' for Paces ft Muki, and other artists: Sadboii, Gia Vorne, Sarah Wolfe, Tyron Hapi, Lakeland & Go Freek.

Speaking to the inspiration behind "outta this world (f*ckboys in space)", Saint James says today, "The song came about after a songwriting session I did with a band, where one of the guys was talking about a girl obsessing over him calling her crazy. I sat there and thought about all the guys who don't admit that they're the ones driving them up the wall. Like 'What are the chances, that every girl YOU meet is crazy'. It's funny because as he was telling me he was so charming that I could see why girls would want him. The line 'outta this world' came about so we just turned him into a sexy alien."

Citing artists such as Lady Gaga, My Chemical Romance and Panic At The Disco as inspirations, Saint James says, "All of them are super theatrical, which inspires me in terms of their melodies & drama which for me is key in making music."

Like most musicians in 2020, her touring plans have been put on hold however, stay tuned for news of forthcoming shows later in the year and 2021!

Sarah Saint James : I like to think of it as sassy, hard hitting and fun. I'm really inspired by a mix of genres which I try and put into all of my songs!


Question: Can you tell us about "outta this world (f*ckboys in space)"?

Sarah Saint James : I was in a session writing for a band, and one of the guys was talking about his ex, saying how 'crazy' she was - and I just sat there and thought, I wonder how many girls he has said this about.

Sarah Saint James : The biggest thing for me is that my listeners take away the idea that they can do anything! I grew up in a small town, without any access to music lessons or anything so I always felt a bit out of place and like I didn't fit in. I found my comfort in music and that's what I want to give to my listeners!


Question: How has COVID-19 influenced your music?

Sarah Saint James : I was working in sessions every couple of days before covid, but when it hit I lost my day job. I went back to Adelaide for a couple of months and took a real break from everything. I suffer from pretty bad anxiety so it was kind of nice to have a break from working and spend time with my Mum.


Question: Can we expect a tour once the restrictions are gone?

Sarah Saint James : Yes! Just not straight away. I have a bunch of songs to come out over the next couple of months, and once some more people hear my music I'd love to do a tour! 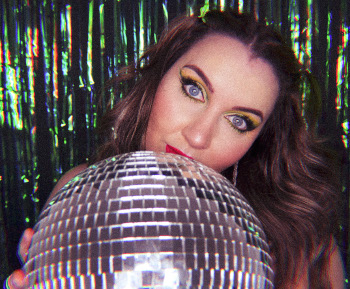 Sarah Saint James : I've only performed 'outta this world' once live on a livestream on Instagram, but I already know it's my favourite. I love being able to be as extra as possible and this song really lets me go all out!

Sarah Saint James : I have Isaac Dunbar, Rina Sawayama & Ziggy Ramo all on repeat at the moment.

Sarah Saint James : I grew up really badly bullied, and never really had any confidence. I was singing from when I was really little, but never sung in front of anyone so when it came to pursuing it as a career it never really crossed my mind, I just thought I'd stay in Adelaide forever and be a lawyer. I had a chance encounter with music and all of a sudden it was absolutely everything to me. All I have ever wanted is to be was Gaga was for me. A sign of strength, and a sign of hope.

Sarah Saint James : Mainly location. I moved to Melbourne first because I thought it was all happening there, then I figured out what I needed was in Sydney. So I accidentally had to move two states in 18 months... oops.

Sarah Saint James : At the moment since losing my job I play a lot of Sims, cuddle my dog, write in the afternoon or listen to music, and sing all day. It's kind of nice actually!

Sarah Saint James : Finding myself as a person. Figuring out what mix of all of my favourite artists and influences that I am, plus the unique part of me. It's been such a great experience.

Sarah Saint James : More releases! Both for myself and songs I've written for others. I also have some features happening too!