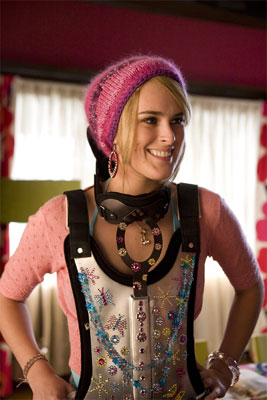 RUMER HAS IT --- WILLIS OFFGSPRING HEADING FOR STARDOM.

In her first major film role, the bubbly comedy The House Bunny, Rumer Willis, daughter of Bruce and ex-wife Demi Moore, plays something of an outsider in a sorority that caters for the outsider until an ex-Playboy bunny shows up and teaches them how to evolve. For Rumer Willis, there was always a sense of inevitability that she would follow in her famous parents' footsteps she says, in one of her first major press interviews. "I wanted to do it as soon as I got on a movie set and I kind of grew up on them so being able to do so myself has been really amazing," Rumer Willis explains. "I've felt really lucky to do the few things that I have. It is a very different experience, because there is a shift in your mindset when you go from being the accessory to being the one who's actually in front of the camera, so it has been a different kind of ride or journey."

Asked to explain why she considered herself an 'accessory', Rumer Willis means "an accessory just in terms of having grown up around sets when I was younger, but I was never necessarily in the movies. But I would sit in the trailer and hang out, so it is a different level. Then when you grow up at a certain level and you see people who have already worked very hard in their careers and already gotten to a certain point - I'm kind of at the very beginning. I've had exposure to the media but in terms of actual work I've done it's very little in terms of that so it is just a different experience to actually be the one who is at the press junket. I've been to press junkets but I've never actually been the one sitting behind the table, so t is a different experience."

Rumer Willis admits that her high-powered parents "are very supportive. I don't think I could ask for anything else, because you kind of just take the support and I think that is the only thing any parent can do for a kid."

And Rumer Willis is genuinely excited being part of the comically ensemble cast in House Bunny. "I'm fortunately lucky, because I got to work with Anna Faris, I mean, c'mon. It was really cool. It's been very different and I have to say, probably the biggest learning experience I've ever had, just to be able to do it and all the responsibility is on you. I felt very grateful to be a part of it."

Rumer Willis says it was easy to identify with the outsider facet of her character. "I was a dork, a computer nerd had braces and glasses. I wasn't necessarily too active in getting in the social crowd, so I definitely understand the entirely not fitting in, but I think everyone has their own version of feeling a bit out of place and one of the great things I think that we have the ability to do is show that it's alright. You can have that awkward phase, so It's not about whether you're the popular girl or the nerdy one but just about feeling confident and comfortable with kind of where you fit and who you are and accessing that and making that your own."

Rumer Willis has also been attacked by a core group of bloggers and she remains philosophical on the subject. "Everybody has an opinion and we live in America so you're allowed to. But the thing about it is the media is an interesting outlet, because it allows people to see who they think you are, an idea of you, but it might not be who you really are and as long as you are comfortable with who you know you really are and remain true to your friends and the people around you, that's all that really matters." 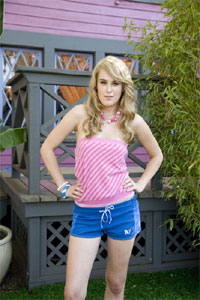 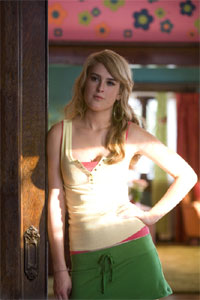 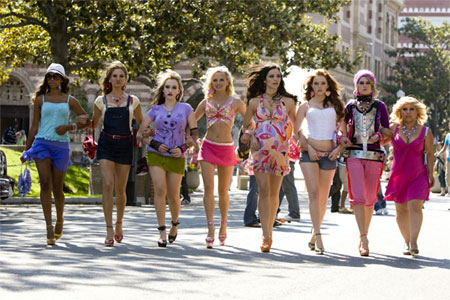 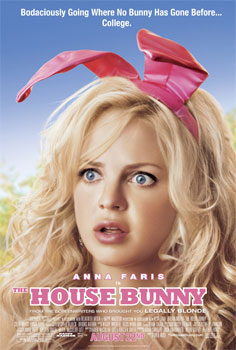 In Columbia Pictures comedy I Know What Boys Like, Anna Faris charms as Shelley Darlington, a Playboy Bunny who teaches an awkward sorority about the opposite sex - only to learn that what boys really like is whats on the inside.

Shelley is living a carefree life until a rival gets her tossed out of the Playboy Mansion. With nowhere to go, fate delivers her to the sorority girls from Zeta Alpha Zeta. Unless they can sign a new pledge class, the seven socially clueless women will lose their house to the scheming girls of Phi Iota Mu. In order to accomplish their goal, they need Shelley to teach them the ways of makeup and men; at the same time, Shelley needs some of what the Zetas have - a sense of individuality. The combination leads all the girls to learn how to stop pretending and start being themselves.