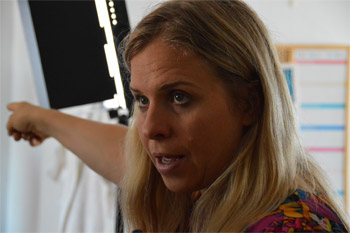 Synopsis: Narelle is a thirty something year old single female who constantly dreams about getting married. After having a bad day, she receives an unexpected visitor from her past.

Sydney-siders in need of a cool, affordable yet satisfying indie film fix will be happy to hear, that the World Of Women's Cinema: WOW Film Festival will be celebrating 20 years of women's short film excellence and International Women's Day. WOW has announced an exciting, diverse showcase of contemporary short films with key creative input by women… fiction, documentary, animation and experimental. Experience a different storytelling and a unique perspective… 'seeing the world through the eyes of women".

Filmmaker -In Conversation' events will be held at Surry Hills Library and at the Art Gallery of NSW with ABC TV film critic, Margaret Pomeranz, to celebrate International Women's Day.

WOW and the Australian Writers Guild (AWG) present a writers forum with acclaimed screenwriters Jacquelin Perske and Louise Fox at the Powerhouse Museum. Both writers worked with Lucas Film on the Star Wars live action television series. Jacquelin Perske was co-creator, writer and producer of multi-award winning series of Love My Way and Spirited and the writer of award winning film Little Fish starring Cate Blanchett. Jacquelin is the 2013 Foxtel Fellowship recipient. Louise Fox (Broadchurch, Love My Way) wrote the screenplay for the critically acclaimed film Dead Europe and is nominated for an AACTA Best Adapted Screenplay for the 2014 awards and won the NSW Premiers Literary Award 2013 for Scriptwriting.

Highlights from WOW's screening program include:

Screening at The Vanguard Rock N Roll Mamas is a feature-length documentary about three indie rockers who strive to follow their creative dreams and raise their children. Over the course of six years, director, Jackie Weissman, followed Kristin Hersh of Throwing Muses, Zia McCabe of The Dandy Warhols, and hip hop artist, Ms.Su'a. Cutting edge shorts will screen throughout the evening.

For lovers of dance WOW presents a program of Australian and International contemporary dance films at Metro Screen and the Powerhouse Museum.

WOW Film Festival is proud to award achievements by women in the screen industry and is excited to announce the Jury for the 20th anniversary.

WOW's Short Form Digital Media Competition will enable viewers worldwide to watch the films and vote throughout March 2014 for the best Digital Media film on Youtube.

The WOW Film Festival Tour kicks off on March 15 with Tandanya National Aboriginal Cultural Institute's screening of 'From the Spirit of Our Mother" Program in their Spirit Festival. WOW Tour will travel to various locations throughout Australia and overseas throughout 2014 to March 2015.

Festival Director Tamara Popper - -To celebrate the 20th anniversary WOW presents an exciting and stimulating screening program from Australia's emerging women filmmakers. We're thrilled award winning actress/director Rachel Griffiths is supporting the festival as Patron for 2014. This year's festival promises something for everyone; Australian and International film screenings, forums, exhibitions and -In Conversations' with filmmakers. Film audiences and cinema lovers can share in our diverse programming and celebrations.' 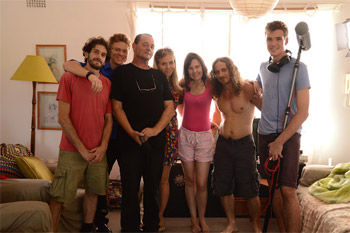 Question: What is the World Of Women's Cinema: WOW Film Festival?

Renata Bialkowska: The WOW Film Festival gives people the opportunity of 'seeing the world through the eyes of women". World Of Women's Cinema: WOW Film Festival is produced by Women in Film & TV NSW (WIFT) and I consider it to be one of the major film festivals in Australia. This year they're celebrating the festival's 20th anniversary, as well as 'International Women's Day". WOW provides a forum and exhibition for females with key creative roles in film.


Question: What should audiences expect from the films screening at this festival?

Renata Bialkowska: Excellent films that happen to be made by women. Audiences should expect lots of networking with the filmmakers and lots of opportunities to learn more about the film business. Diversity is key! We'll be showing films with self-explanatory titles like: 'A Woman's Journey into Sex", 'Rock N Roll Mamas", 'Aboriginal Heart". We'll also be showing films from Hong Kong, G rated shorts, animations and hosting an adult theme night.


Question: Why did you decide to get involved with the World Of Women's Cinema: WOW Film Festival?

Renata Bialkowska: As a filmmaker it's rewarding to work in a way that supports fellow female filmmakers. Since the film industry is dominated by males, WOW has turned into a global project by, for and about women. WOW is going global as it's touring across Australia and then heading overseas for 2014.


Question: What are you looking forward to most about the World Of Women's Cinema: WOW Film Festival?

Renata Bialkowska: Some of the short films are incredible. I'm looking forward to the films that showcase some of Australia's hottest upcoming actors such as: the short 'Godel Incomplete", which stars Elizabeth Debicki, who was just in 'The Great Gatsby", and will be seen next in a new Guy Ritchie directed film.


Question: Can you tell us about the short film you wrote and directed, Train Station Dude?

Renata Bialkowska: 'Train Station Dude" is about the fling you'd rather forget, which comes back to haunt you afterwards. It's about Narelle, another single girl in Sydney, and her bad day that is exemplified when an ex reappears.


Question: Train Station Dude is screening with Rock N Roll Mamas; what are the screening details?

Renata Bialkowska: It will be screening on Monday, 10 March at 6.30 pm at the Vanguard in Newtown and tickets can be purchased on the website www.wift.org/wow.

Rock N Roll Mamas will be screening after the shorts. I'd highly recommend seeing that documentary, as it shows audiences how kick ass women can be.


Question: What inspired you to write Train Station Dude?

Renata Bialkowska: I have many beautiful girlfriends who are single in Sydney and we often share dating disaster stories. 'Train Station Dude" was inspired by a combination of real life events. It's actually a scene from a feature film 'Karaoke Queen", which is 'Muriel's Wedding" meets 'The Rose". I've been working on it for the last 3 years with my writing partner Danielle Senkevics.


Question: What was the most difficult part of the process?

Renata Bialkowska: Probably executing the idea and having to wear so many hats: Director, Writer and Producer. Also finding the right talent for the roles and working with no budget proved challenging, especially when we had no show cast. During one of the scenes, we needed to approach random girls on the street in Newtown begging them to appear in 'Train Station Dude" because the scheduled talent was drinking too many cocktails the previous night based on the updates she was posting on Facebook.


Question: How did you go about getting a cast assembled for Train Station Dude?

Renata Bialkowska: It's all about instinct and putting the casting call out to everyone. Finding Trent was really important, since he was the lead. I discovered him rigging the Christmas tree at Martin Place and was just drawn to want to talk to him. He was great for the role; he even added extra lines and knew some great Australian idioms as well.


Question: What's next for you, in regards to movies?

Renata Bialkowska: I'm planning two more short films for my Master's degree. Then a feature is in development to be produced in the next 3 years.

I already have a diverse range of scripts to present to the next producer I'd like to work with.