A Happy Event is a highlight of the 23rd annual Alliance Francaise French Film Festival: www.affrenchfilmfestival.org

Question: What inspired you to write the script for A Happy Event?

Rémi Bezançon: It was by reading the book and understanding that it was a very realistic way of approaching pregnancy and being pregnant that inspired me to write the script for A Happy Event. It was the first time I had read about being pregnant without the author only talking about how pregnancy and birth is pure joy and heaven. A Happy Event is incredibly realistic and talks about all of the other issues on the side, as well as the pure joy and heaven.


Question: Do you believe A Happy Event will inspire or discourage women from having children?

Rémi Bezançon: No, I think that if women do want to have children seeing the movie probably won't take them away from that idea. From my point of view the movie is neither negative or pessimistic it is an incredibly realistic way of looking at what it is actually like to have a child. The film could be a good way for future parents to actually think about children and may prepare them for parenthood. The film specifically gets outs of the bubble idea that having a child and going through pregnancy is only a happy and easy thing.


Question: How did you go about casting for A Happy Event? Did you know have an idea of which actors you wanted to cast, whilst writing A Happy Event?

Rémi Bezançon: No I never write with an idea of an actor, in my head. Once I have completed the script then I start thinking who would fit with the characters. I have no preconceived ideas as I write the script.


Question: When casting Louise Bourgoin, what were you thoughts in regards to her not being a mother?

Rémi Bezançon: It was actually important for me to cast an actress who hadn't had a kid before because my idea was that it would be like living the fact of having a kid and it would be a first time for the actress as well. I didn't want the actress to have preconceived ideas and experiences.


Question: Which scenes did you enjoy and find difficult when filming A Happy Event?

Rémi Bezançon: The birthing scene, the delivery was both the most enjoyable, yet most challenging to film. Very often when you do go and see a movie, it is not very believable the way they film a birthing scene as the baby often looks three to six months old and he weighs many kilograms. Also in many movies they often show a lady arrives in maternity at the hospital and she gives birth in a couple of minutes and I wanted to show that time goes by and it's a long process.

The birthing scene was shot in an old maternity ward and the actor who was delivering the baby was not actually an actor, he is a true doctor and the real mother of the child leant her baby for three minutes, for the shooting of the scene. It was only shot in three minutes! I am very proud of this scene because although I do not have kids, yet, from what I have heard from friends the scene is very realistic.


Question: How does it feel to be a special guest at the Alliance Francaise French Film Festival?

Rémi Bezançon: I am very proud to be a special guest and on top of that my mother-in-law lives in Australia and this is the first time I have come to visit her. Australia is very wide and much greener than I expected, I think it would be very easy to live in Australia. There is no pollution about which when you come from Paris is actually incredibly nice. 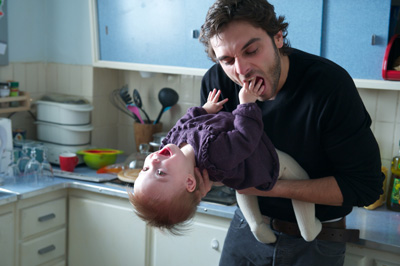 Question: What are you currently working on?

Rémi Bezançon: I have just released an animation movie, in France, titled Zarafa and I would be very keen to introduce Zarafa to Australia. Zarafa is the story of the first Giraffe that arrived in France which was a present from an Egypt king to the King of France, Charles X. Zarafa is an animation film for children from ages 5 - 10. I think it is wonderful. 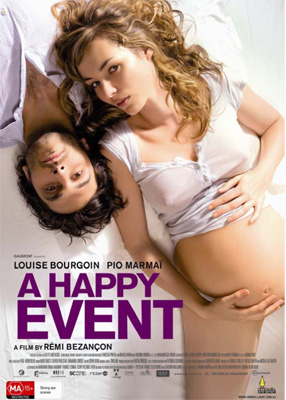 Synopsis: In his third feature film, much-loved director Rémi Bezançon (The First Day of the Rest of Your Life, Love is in the Air) takes an intimate look at a woman's most joyful, painful, terrifying and life-changing experience: first-time motherhood.

Louise Bourgoin plays Barbara, a graduate student immersed in writing her thesis. She is madly in love with her boyfriend Nicolas (Pio Marmaï) and the carefree couple soon learns that she is pregnant. Faced with the very real prospect of bringing a new life into the world, it's an emotional rollercoaster for Barbara who swings between sheer excitement, fearful apprehension and craving sex!

After the birth of the baby, Barbara struggles to connect with her child and to come to terms with her new life as a mother. Her emotions yoyo from moments of guilt to laughter and back again, much to the bewilderment of the devoted Nicolas.

This stylish, contemporary drama with a comedic tone takes a sensitive, taboobreaking look at the realities of what to expect when you're expecting.