I Wanna See You - a song about young love

Rach Brennan & The Pines promise a sound that is completely their own; a quirky symbiosis of jangly indie-pop with a roots music aesthetic. The singer-songwriter's sunny spirit is ever-present in the band's music and captivating live performances.

Rach's authentic indie-roots pop stylings have captivated audiences both in her home country of Australia and abroad. In 2015 Rach took her music on a solo endeavor to Europe, playing a string of 27 shows across 10 countries.

Upon returning home to Geelong, Rach Brennan & The Pines released the single "Weapon of Love". The song was a huge success, reaching #4 on the iTunes Singer Songwriter charts in June 2018. The band even sold out TWO hometown single launches in under a week! Since then the band has gone on to support Australian music alumni Bob Evans, Lisa Mitchell, Kingfisha, Sahara Beck and The Teskey Brothers.

Now Rach Brennan & The Pines are back with their ode to young love, "I Wanna See You", the first single from their Debut Album, scheduled for release in 2019. Listen here.

"'I Wanna See You' is a song about young love. All the squishy, sappy stuff that goes through your head the first time you really feel it. The kind of stuff no one wants to say out loud - that's what we put in the lyrics. It's a sweetly naive kind of feeling, mirrored by the playful instrumental and the boy's 'ooh-la-la' serenade"- Rach Brennan

Question: How did it feel to hear your song, I Wanna See You, on Triple J?

Rach Brennan: It felt like a dream! We were ecstatic. Nkechi had so many nice things to say about the tune and that really meant a lot to us. We had a rehearsal that night and finished up to listen to the show together. There aren't too many experiences that top sitting on the couch with your four best mates, drinking champagne, eating pizza and listening to your brand new single being aired on the J's.


Question: What inspired the song I Wanna See You?

Rach Brennan: It's about young love and all the stuff that goes through your head the first time you really feel it - the stuff you don't want to say out loud. Our upcoming album is a real journey through a relationship: beginning, middle and end. If this song was on the relationship timeline it would represent the first few months.

Rach Brennan: Big, bright, moving and sincere. I think our sound is genre-full; there are so many influences behind it from Britney to Muse, Damian Rice to Ben Folds Five. Basically we sit in a room and nerd out on how we can make lyrics and chords as captivating as possible. We also have five vocalists in the band, which means lots of harmonies. 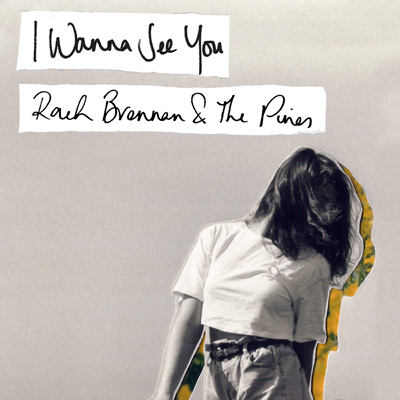 Rach Brennan: I really look forward to 'Slippery Slope' which has been in the set for a few years now. It's a song where the backing vocals really shine; I get so excited knowing that there are people in the audience who haven't heard how amazing the boys are. It also makes me super proud of how awesome my band is! Towards the end of the song I am not singing as much and can rock out a little more than usual, it's a good time.


Question: What should we expect from the upcoming tour dates?

Rach Brennan: In the last two weeks we have written three new songs, so you can definitely expect to hear new music! Our last single launch was an intimate sit down style show, which is pretty different for us but gave us a chance to do a live recording and gave the audience a chance to really dive into the tunes. These shows will be the complete opposite so bring your dancing shoes! Also, we are playing with some amazing support acts: Famous Will in Halls Gap, Tess Guthrie in Geelong and Taylah Carroll in Melbourne.

Rach Brennan: My Poppa; he hadn't seen a Rach Brennan & The Pines live show before he passed away last year, I think of him a lot when I'm on stage.

Rach Brennan: Live, 100%. I live for live performances and while recording is fun I really do feel the pressure in the studio, it does not come naturally for me. Performing in front of an audience is where I feel most confident and most myself.

Rach Brennan: The band has been through a few transformations. 'Rach Brennan' started as a solo act in my bedroom as a teenager, which grew into a duo in 2012. In releasing our first EP 'Chasing the Sun' we thought it would be fun to play the songs full band for the launch, as a 'one off' - we never looked back. That was five years ago and only my brother Liam and I remain from the original lineup. We recruited Cam (keys), Levi (electric guitar) and Kane (drums) pretty naturally as members moved on. 'The Pines' are pretty set in stone now and I feel like the luckiest girl in the world!

Rach Brennan: The last few months I have been loving The Preatures. Their latest album 'Girlhood' has really inspired my recent writing; I love how it channels The Cranberries and Blondie but is so 'Australia'. Angie McMahon is wow'ing me, as is Merpire and disco soul legends Sunnyside. I am basically smashing Melbourne bands at the moment and loving it.

Rach Brennan: My brother Liam and I have always played music since we were teeny; our parents pretty much decided that we were both going to be musicians from when we first picked up instruments. My Grandfather was a well-known Jazz musician and spent his entire life gigging; he is my hero and a real representation in my life that you can make a living out of writing and performing. He passed away last year after the June long weekend - he played 18 gigs over those four days. As a teenager Liam really inspired me as well to get out there and play. He had a band called Altitude and managed to play Big Day Out and Homebake in Sydney before he was 17 years old - such a little rocker.