Prey, the Australian candy horror film starring Natalie Bassingthwaighte and US star-on-the-rise Jesse Johnson, will premiere for a limited theatrical release in Melbourne, Sydney and Brisbane in early May.

At a time when private investment is on a steep decline, the producers of Prey wish to draw attention to a commercially-minded group of film-makers who are emerging in the local industry.

According to Galinsky and co-producer Elizabeth Howatt-Jackman, film-making does not have to be a risky business. Given a commercially viable vehicle, private investors are willing to engage and invest to support Australia's film industry.

"Often local audiences have not supported Aussie films with bleak, underdog-type storylines, given the choice of a US film with uplifting universal stories" said Howatt-Jackman. 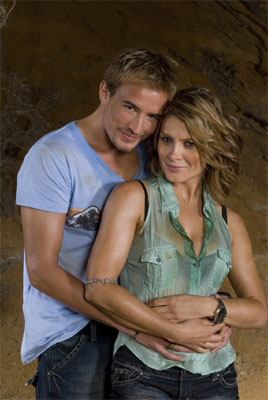 "We want Australians to support a locally produced film which is pure entertainment and escapism - it's what Hollywood has supplied its audiences for years. Hot guys and hot chicks in peril with only their wiles, wits, and a chainsaw at hand... What else could you want? So look out for the local (limited) release of Prey and get your butts to a cinema," said Galinsky.

"In the last ten years Australian film-makers have excelled in making good-looking actors as unattractive as possible and placed them in depressing scenarios. The average person just wants to escape with a box of popcorn for 90 minutes and have some fun," said Galinsky.

"Prey was fully underwritten by private funding of nearly $4 million. Having to make it commercial and to appeal to Australian and international audiences, we cast Australia's hottest star in Natalie Bassingthwaighte, sought out a marketable foreign star, in this case Don Johnson's son, Jesse, and employed a good looking, up-and-coming cast, knowing full well it would ensure the film was saleable here and in the US."

Prey has secured a US theatrical release, and will be premiered in Las Vegas in June at the Brenden Cinemas in the Palms Hotel and Casino. International sales are being handled by Australia's Damage Releasing in conjunction with ITN of North America. 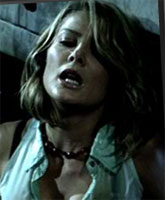 Prey tells the story of six friends who head to the outback on a four-wheel drive adventureand come face-to-face with an ancient supernatural evil. The three couples drive into asacred site where they unknowingly awaken a 5000 year-old curse. Inspired by true unsolvedevents, Prey follows the group of 20-something's into a vortex of serpentine fear; afterlife andpsychological confrontations that make them question what is real and what is imagined.

Prey (M) premieres in Sydney on May 5 and Melbourne in May 7 at invitation-only events.The movie will run for a strictly limited season at selected cinemas throughout Australiaahead of the film's DVD release.

- an ambitious, young surgeon working inthe emergency department of a majorcity hospital. Kate seems to be in controlof her life but is haunted by disturbingnightmares from her childhood. WhenGus invites her on the fateful trip to thesurf, Kate won't go unless her cousinAnnika comes too. She unwittingly isinviting Annika into her nightmare. 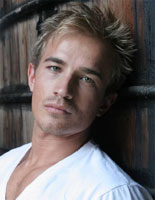 - a risk taker whobelieves life is a gamble. He loves the fastlife, girls and money. Gus makes decisionson the roll of the dice and when he isfired from his job, rather than beingdepressed, he turns it in to a positive andheads to the surf.

He convinces his girlfriend Kate and hismate, Jason to join him.Johnson is the son of Miami Vice's DonJohnson and Patti D'Arbanville. Johnson'scredits include the television seriesNash Bridges starring his father, the UStelemovie Word of Honour and the USfeature film, Redline.

- an easygoing guy who finds himself on thewrong side of the law. Nothing fazesJason and he is sure everything will befine. It is this laid back attitude that takeshim on a surfing breakwith his mate, Gus.

Clark travelled the world for five yearsmodelling and working in commercials.He knew that if he put his mind to it hecould achieve anything. Christian movedto New York and spent a year at theWilliams Esper Studios studying theMeisner Technique.Clark has appeared in Network Ten'sNeighbours and is currently living in LA. 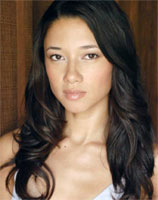 - an ambitiousbarrister who wants nothing more in lifethan to win, to be the best. But that drivechanges when she goes on a four-wheeldriveholiday with Jason, her lover, also theclient she is defending. Ling's survivalinstinct will help her endure the horrors ofthe desert.

Walker lives in Los Angeles with herhusband and Prey co-star Ben Kermode.The Australian born couple left theirhomeland two years ago work in LA. Shehas appeared in numerous independentfilms including 3 Blinks and had a regularrole in the television series, WickedScience. 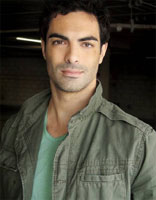 - Annika's friendwho comes along on the surf trip to keepher company. For Matt and Annika, life isfilled with laughs but what happens tothem in the desert is far from a laughingmatter.

In 2007 Kermode filmed his first US featurefilm, David and Fatima, a love story set inthe Middle-East starring Martin Landau.Kermode is married to co-star NatalieWalker, Prey sees Kermode killing his wifeon screen. Kermode and Walker did notadvise casting directors that they weremarried whilst auditioning in fear it mayjeopardised their chances of the roles.

Bubbly and fun-loving, Annika is Kate'scousin and takes her friend, Matt alongon the surf trip to keep her company.Prey is Kristin Sargent's first feature filmrole, having previously appeared in theAustralian television series Neighboursand North to South.