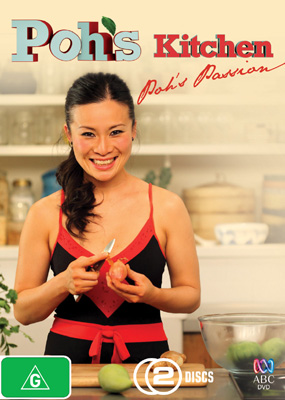 This is the first DVD release for Poh Ling Yeow, the Adelaide artist who won the hearts of Australia as runner-up on the inaugural MasterChef, before joining ABC TV with her very own cooking program, Poh's Kitchen.

As a successful artist, Poh approaches food with a natural curiosity and an eye for presentation. Even though Poh is only a recent convert to cooking fans around Australia have been drawn to her unquenchable thirst for knowledge, natural aptitude in the kitchen, sense of fun and infectious giggle.

For Poh, cooking is all about nurturing and sharing, and she loves inviting friends into her kitchen. In Poh's Kitchen, she was joined by some of Australia's leading cooks and chefs who dropped in to exchange techniques and recipes and to share her Malaysian cooking secrets.