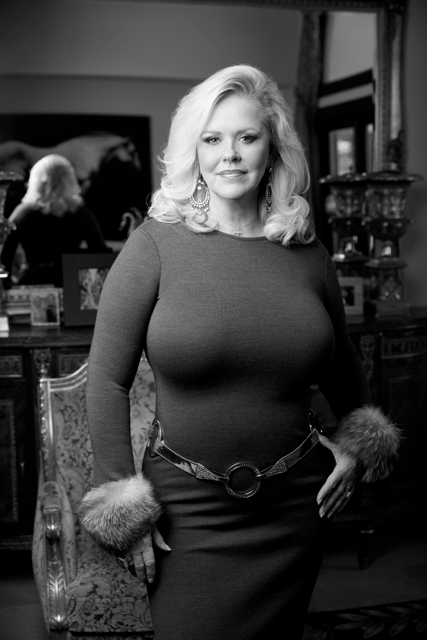 1. What is the most challenging part of teaching advanced driving?

First, let's discuss how you qualify to attend the advanced courses at the Bondurant School of High Performance Driving. As in most things, the most challenging part depends on the student. The Bondurant students are actually graded each day in their progression and they are given that report card upon graduation. In order to be qualified for advanced driving, the instructor will put a note on your report card whether or not your grade was high enough to advance into the advanced driving course.

The advanced course is the second level after the student has been through our four-day level one course. You can imagine it as if we're looking at you like an onion. We peel back all of the layers, full of bad habits, until we get to your core. Then, we build the driver in you back, layer by layer with the correct techniques for the highest level of vehicle control. The next step is level two, what we refer to as Advanced Driving Course, using the Bondurant Method. Now that we've gotten most of the bad habits out of your head, the challenge is getting the student to put everything we've taught them in level one onto the track, where now they take the techniques and each day we offer more challenging car control exercises at higher speeds.

The most challenging part of teaching the advanced course is pulling the reins on the student, who usually thinks they are a pro and can go beyond their level of limitations before they are ready. The detrimental mistake they make is forgetting the law of physics in oversteer, understeer, and weight transfer of the vehicle in a turn. It's more difficult than you can imagine.

There is an entire book worth of hilarious stories that have come out of Bondurant, the 50 years of that school should actually be turned into a sitcom! One of my personal favorite stories is the one where Bob and I come back from our 6 week European honeymoon after getting married on the Monaco Formula 1 track during the F1 race weekend.

We may have been married all of 3 months, Bob had kept hounding me that I needed to get into class and every Monday morning I made sure that I was not dressed appropriately to go to class. I would wear high heels with dress pants. Eventually, Bob said "sweetheart, today is the day you're going to go through the school" and I said no honey I'm in heels, and Bob pulls out his helmet bag and a change of clothes for me, including tennis shoes, two pairs of socks, jeans, and a t-shirt with his face on it, and in the blink of an eye goes from newlywed husband to racing instructor and tells me to get into class in ten minutes. I didn't have the time to react or to feel my nerves that had plagued me at the thought of going through the school. It's a mind game thinking that you're going to be out on that track, with men, going through THE Bondurant School. Women need to know that you can't dwell on the fear of keeping up with men when you're on that track.

The reality is, this is you v.s. the car, not you v.s the other driver, which is part of the Bondurant Method curriculum.

3. What about near misses, who lost control?

Well, there aren't very many stories about students losing control to tell. However, there is the story of a 16 year old girl who came through the school with her father. At the time, we had the Corvettes. She was out on the track and lost control and rolled the Corvette. She was okay, but she was also pretty rattled when she was getting out of the car. Bob happened to be observing that particular class from the pitlane and headed over to see what happened. The most dreaded thing a student can do is mess up, and look up and there's Bob Bondurant!

Company policy is that an EMT is on standby in the event of something like this happening. After the EMT checked her out and she was fine, her dad looked at Bob and said, "What do we do now? She's bound to be completely freaked out about getting back into a car."

Bob looked at her and said, "Are you okay?" and she said, "yes, sir." Bob said "Come on, we're going to get you back into the skid car and we're going to shake this thing off." Her father thought it was too soon, but he had to trust that Bob knew what he was doing. She finished the course, and much to our surprise, her dad brought her back to qualify for the advanced driving course. To an even bigger surprise, she went on to be a current, very accomplished race car winner. As you can imagine, Bob and I felt like proud parents of hers whenever we see updates on her racing career!

4. What is the Bondurant Method?

Bob Bondurant is the only American World Champion driver to bring the trophy back to the United States. He has also been inducted into 10 halls of fame with many, many racing accolades, including setting a track speed record at Germany's Nurburgring which was held for 15 years. He was a
factory Formula 1/Prototype driver for Ferrari as well as other Formula 1 manufacturers such as BRM, Lotus, and Gurney Eagles when his teammate, Peter Revson, of the Revlon makeup fortune. Peter talked Bob into not re-signing with Ferrari for the next year Formula 1, but instead fly back to the States to enter into the new, much faster Can-Am race series.

Unfortunately, in June of 1967, at the Watkins Glen racetrack in New York, Bob was racing in the Lola T70 Mark II when his right steering arm broke at 150mph and he was pronounced dead at the scene. Thankfully, as we all know, he returned with a message that God had instructed him to open a driving school in order to save lives. February 14th, 1968, he opened the Bob Bondurant School of High Performance Driving.

For many years, he used 3 different tracks for his school, until 1990 when he built the world's only purpose-built driver training facility. This track was not the length that he preferred, but it was limited to the amount of land that he could lease. On this track, he took the nuances of every European and American track that he had raced on and he designed these into his facility so that race car drivers were able to be trained for any racetrack they were on in the world. As a result, Bondurant has trained over 90% of the NASCAR drivers.

With that, he took all of his knowledge of being a world champion driver, and translated car control to an individual student on any track to successfully conquer the difficult situations a driver might encounter. Each and every line in the Bondurant Method instructors manual, are all derived from his understanding of how to master car control. No one in the world, except Bob Bondurant, has taken the time to put this together, share it with the world, and produce over 500k graduates. The Bondurant Method is a compilation of everything he could possibly share on how he won so many races. It is copyrighted because of its uniqueness.

5. How is this used in movies, military and law enforcement?

Bob's technique in preparing actors for high-speed movies comes from his own experience on movie sets with famous directors, and knowing what's expected of an actor with no racing experience who has never been around high-speed vehicles before getting their role. He knew how to prepare an actor for the set of a race-themed movie.

On a completely polar opposite scale is the Bondurant Method training for military, law enforcement, anti-kidnapping, and anti-terrorism courses. Again, Bob was the first private driving school to train the U.S. Military, FBI, CIA, Ambassador's drivers, and both U.S. and foreign law enforcement training. These courses are extremely intense, and not for the faint of heart. It's designed around protecting and saving your life in extraordinarily dangerous situations.

Bob has trained his highest level senior instructors with everything he knows about how to perform these courses the way he designed them to be based off of the Bondurant Method.

One of the best stories was watching 6 teenage girls going through one of our teen driving courses which can range from 1-3 days for new drivers. One day, this group of girls were watching some pretty impressive looking special operations military men going through some of their tactical military training exercises. They ran up to me with their eyes wide open with excitement and said, "Mrs B, do we get to do that next?!" and I had to explain to them that they had a ways to go before they were ready to learn pit maneuvers, and 360 getaway maneuvers! The truth is, we do allow people to privately go through these intensive courses if they are qualified.

6. How can it be applied to regular driving?

No matter what level of driver you are, or hope to be, before the end of your first day in your first class at Bondurant, you already realize that you've learned more about car control than you've ever imagined. You've also realized that you probably did not deserve a driver's license because of how much you didn't understand about car control.

If you only went through one day at Bondurant, you are already an incredibly improved driver, and you KNOW it. Of course, you never forget what you learn at Bondurant. We are so proud to say we've saved hundreds of thousands of lives.

7. Where can our readers learn more about your racing school?

I am so happy you asked how your readers can find out more about the Bondurant School. We sold the lease rights to our old track, and are currently in negotiations to announce the location for the new, larger Bondurant training facility. As of right now, we're in transition on announcing
the location and date for the opening of the new Bondurant School of High Performance Driving facility. We are so excited with all the invitations and offers for us to consider for our new home, and we are still entertaining locations. Who knows, one could even be in Europe or Australia!
There's one thing that's for sure, Bob has fond memories of racing Porsches at the Nurburgring with his teammate, famous Aussie race car driver, Paul Hawkins, and we have graduated many fantastic Australian students. Hands down, the Australians are probably the biggest car fanatics
in the world!

On behalf of Bob and me, we are sending a big hello to all of our Australian graduates!
All the best,
Pat and Bob Bondurant