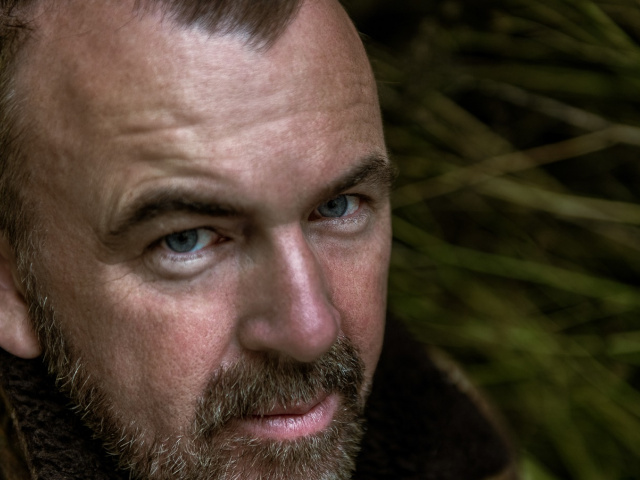 Michael Waugh's new single, 'Flying', is an alt-country, 80s inspired tribute to brotherly love, the films of Spielberg, and The A-Team's B.A. Baracus. Rich with images of kids from the sticks visiting a big city, 'sick jumps' built in the backyard 'out of plywood and house bricks', and trips to the milk bar with your little brother balancing precariously on the handlebars, Waugh's evocative narrative style captures the culture of rural Australia, and the nostalgic warmth of family, with extraordinary humour, pathos - and a fair degree of 80s pop culture.

'Flying' is piloted by renowned Australian producer and performer, Shane Nicholson; his production on this track is all driving mandolin and country picking guitar, creating a Traveling Wilburys vibe, which burns along like a BMX fangin' down a country gravel road.

Love for family and Victorian country life are familiar bike trails for Waugh and Nicholson collaborations to travel down – though 'Flying' is new sonic territory for Waugh. Previous albums from the alt-country power pair include Waugh's debut album What We Might Be (2016, nominated Best New Artist 2017 Golden Guitar Awards), his follow up The Asphalt & The Oval (2018, winner Best Folk and Roots Album, The Age Music Victoria Awards) and the critically lauded The Weir (2019, nominated Best Male Artist and Best Alt-Country Album, 2020 Golden Guitar Awards); each sparkles with Nicholson's virtuosic performance and production work and Waugh's compassionate – sometimes brutal – portraits of our country; little lives, made large through Waugh's macro-lensed, evocative writing style, textured with details of Australian life, and sung in an accent which is truly ours. Following on from 2021's 'Dirty River' (Waugh's ode to Melbourne's Yarra river), 'Flying' is the second single from Waugh's fourth album, 'The Cast', due for release August 27th 2021 on Compass Bros Records.

Waugh tells of how a trip to Melbourne as a child was the genesis for this homage to his little brothers: "the visit to Melbourne's Forum Theatre to see ET was hilarious because mum was a particularly timid audience member and she thought that the film was terrifying. That movie inspired a summer of us boys acting out scenes from the film. My little brothers were also obsessed by Mr T – they'd hoon around the backyard of the farm up in Newry, singing the theme from The A Team – and arguing at every opportunity – as only brothers can do. 2020 was hard on my family – we lost mum and dad at the start of the year, and my middle brother has been pretty crook. There's something about those lines from ET that kept playing on my mind – 'phone home' and 'I'll be right here'; I couldn't have got through that year without those two men. 'Flying' is a memory of a better time, and a reminder that there's always room up here on the handlebars of my bike when they need a dink."

The retro video for 'Flying', shot by Melbourne cinematographer, Sean Kirkwood, channels Steven Spielberg and the aesthetic of Stranger Things. Those familiar with pre-streaming country life may recognise the Twisties feasts in front of a glitchy VHS movie and those homemade adventures flying on the Hill's Hoist and taking rides in a wheelbarrow and mum's laundry basket. The climax of the clip is straight out of an 80s childhood fantasy; for those of us who grew up in poorer parts of Australia, here's a dream of flying high above all the bad guys. The video features members of Waugh's band: Jacob McGuffie, Craig Kelly, and John 'Bedge' Bedggood.

Bedge's sons are the two young stars of the video. Waugh tells of the family fun on set: "this song is about my little brothers, and it was such a treat to work with Bedge and his boys. Bedge's wife, Ainsley, was also make-up artist – so it was a true family day. Those little boys are very young – 9 and 6 – they did an extraordinary job. We laughed and had heaps of fun. It goes to show that BMXs still hold some adventure in them… even though neither of the boys have ever seen ET."