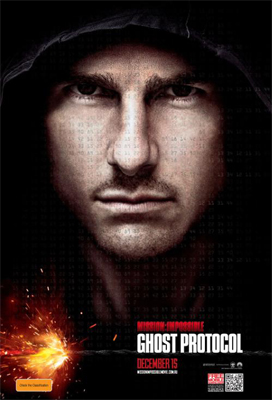 Synopsis: Blamed for the terrorist bombing of the Kremlin, IMF operative Ethan Hunt is disavowed along with the rest of the agency when the President initiates "Ghost Protocol". Left without any resources or backup, Ethan must find a way to clear his agency's name and prevent another attack...