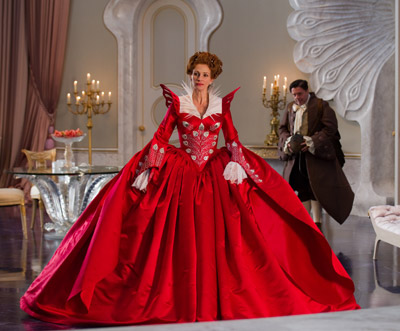 Synopsis: An evil Queen steals control of a kingdom, and an exiled princess enlists the help of seven resourceful rebels to win back her birthright in a spirited adventure comedy filled with jealousy, romance, and betrayal that will capture the imagination of audiences the world over.

Verdict: Mirror Mirror a coming of age version of Snow White and the Seven Dwarfs. Recreated with fantastic cinematic presence, whilst managing to maintain a healthy balance between fantasy, comedy, romance and action.

The beautiful Lily Collins does a brilliant job at showcasing the innocence yet fiery (when needed) strong energy of Snow White.

I didn't expect to laugh as much as I did, in Mirror Mirror, but I felt like applauding at the end of the movie!
Rating: *****