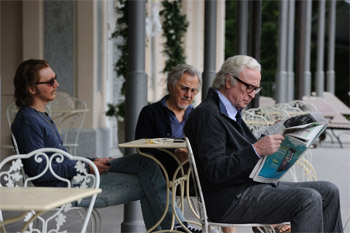 Synopsis: Fred (Michael Caine) and Mick (Harvey Keitel), two old friends, are on vacation in an elegant hotel at the foot of the Alps. Fred, a composer and conductor, is now retired. Mick, a film director, is still working. They look with curiosity and tenderness on their children's confused lives, Micks enthusiastic young writers, and the other hotel guests. While Mick scrambles to finish the screenplay for what he imagines will be his last important film, Fred has no intention of resuming his musical career. But someone wants at all costs to hear him conduct again. Youth is a beautifully crafted study of age, memory, love and yearning directed by Paolo Sorrentino.

Once again the director has worked with Indigo Film which produced all his previous work, including The Great Beauty which won, among countless other awards, Best Foreign Language Film at the 2014 Academy Awards®, Golden Globes and BAFTAs, as well as Best Film, Best Director, Best Actor and Best Editor at the European Film Awards. 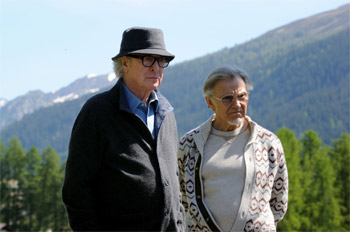 From the outset, Youth has been an ambitious project that for the second time, after This Must be the Place, sees Paolo Sorrentino making a film in English with a top - flight international cast. The Great Beauty is a study of the decadence of the present through the lens offered by the city of Rome. Now, with Youth, Sorrentino has chosen to tell the story of a man of eighty who is trying to come to terms with the realisation that his time is rapidly running out. But the film is, above all, the story of the friendship between two old men who are trying to look together towards the future, at their relationship with their children and with those who are younger than they are and deal with life from a different perspective.

Alongside a linear narrative which seeks intimacy with the characters, Sorrentino employs a highly imaginative visual structure to investigate their relationships and weave the drama of the ties that bind them, continuing with the formal style that marks his work. Thus, having painted an urban fresco of Rome, the director has chose to set his new film in a hotel at the foot of the Alps, an immensely evocative location where the horizon is defined by the majestic profile of the mountains. In this sense, nature itself, captured in its constant renewal, is an important narrative and visual element. 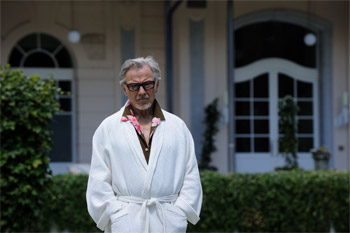 Music has always been a very important component in the director's films, and in Youth it plays a truly significant role since the lead character is a famous retired orchestra conductor and composer. Although maintaining that he does not miss music, the character feels its presence everywhere and seeks it out almost unconsciously. In this regard, it is worth noting the collaboration with the American composer and 2008 Pulitzer Music Prize winner, David Lang, who composed the original score for this film and whose composition I lie soundtracked the opening scenes of The Great Beauty. Here Sorrentino accompanies these original compositions with a rich array of other music to complete the soundtrack, which features, among others, the singer - songwriter Mark Kozelek and Paloma Faith, who both play themselves in the film. The South Korean soprano Sumi Jo also appears as herself. 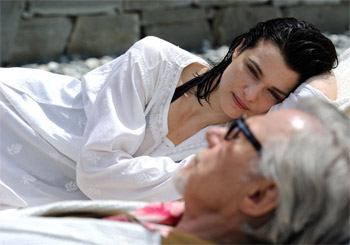 are the leads. The talent and sensitivity of these actors has strengthened and enriched the film thanks to their out standing performances which were greatly appreciated at the Cannes Film Festival where the film received its World Premiere. Predominantly filmed in Switzerland, Youth was also shot in Venice, London and Rome.

Paolo Sorrentino was once again flanked by Luca Bigazzi as director of photography and Cristiano Travaglioli as editor. Ludovica Ferrario was in charge of the set design and Carlo Poggioli the costumes.

Sir Michael Caine, at a youthful 69, seems to be at the best creative place of his career. The charming Brit has...