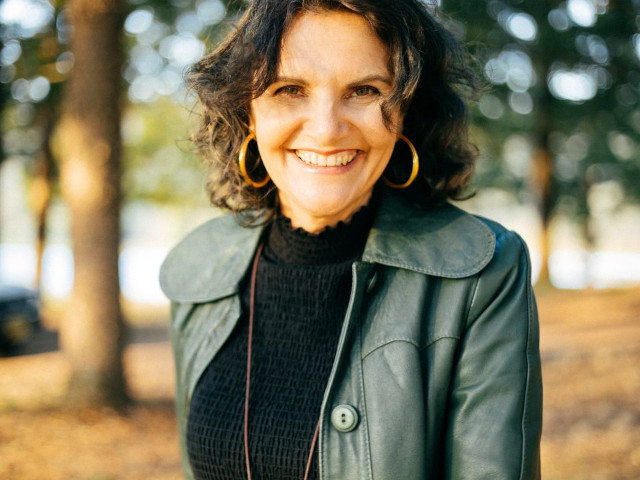 Megan Albany is proud to be of Kalkadoon and European descent. As an artist she has always walked in two worlds, the world of fiction and the world of music, but this is the first time she has combined her artforms into one heartfelt project. Along with her husband, virtuoso guitarist Marc Mittag, Megan recently co-created a soundtrack of songs to accompany her debut novel, The Very Last List of Vivian Walker, which was shortlisted for the 2020 Banjo Prize and is part of a major two book publishing deals with global publishing house Hachette. The first single from the album, "Sugar Comedown," is out now.

"Sugar Comedown" was recorded at the Kingdom of Kunghur Studios, Byron Hinterland, NSW and is part of a ten-track album recorded and produced by Marc Mittag, with mixing by Matt Fell Love Hz and mastering by Paul Stefanidis, Viking Lounge. Megan performed emotional, personality-filled lead vocals and backing vocals, while Marc contributed one-man-band-guitar, choir-rich backing vocals, and percussion - using everything from shakers to a household broom.

Their upcoming album, The Soundtrack - The Very Last List of Vivian Walker is due for release in May 2022 and was inspired by Megan's time in palliative care helping look after her effervescent and wonderful friend, Rebecka Darling Darren (nee Delforce). It aims to explore the fusion of storytelling and music and contains beautiful, quirky, comedic, moving songs with singable melodies and memorable lyrics. Even for those who have not yet read or fallen in love with Megan's dying yet hilarious main character Vivian, this album works as a standalone musical experience and moves from strong, catchy, soulful tunes to gentle, fragile, poetic insights that reflect the complexity of modern relationships.

Megan released two previous albums with Marc Mittag, as well as composing music for film and television. Their song "Finding Myself" reached number 26 in the Irish charts, with several other of their originals featuring on shows such as Rove Live, The Panel, Neighbours and the Sunrise Morning Show.

Marc, a well-respected musician, arranger and composer in his own right, headlined the 2008 Australian tour of Marc Mittag and the Headhunters (featuring Herbie Hancock's original band) and recorded his contemporary jazz album The Interview with Mike Clark (drummer for Herbie Hancock) and Charles Famborough (bass player for Miles Davis, Norah Jones).

Whether song writing or writing fiction, Megan loves to bring humour and joy to the creative process and believes everyone has a story to tell. As a journalist, scriptwriter, songwriter and composer Megan has had the privilege of collaborating with some of the best in the business.

Megan has been a journalist with the Koori Mail, the Guardian Newspaper in the UK, the Metro Newspaper in Ireland. Megan was the researcher for the SBS Documentary into the Juvenile Justice System, Can It Hurt Less and was the scriptwriter for five years for the Deadlys, the National Indigenous Awards which screened on SBS TV. She was one of the founding writers for the Aboriginal NITV health show, Living Strong and was one of the concept developers for Move It Mob Style.

Megan Albany: The music on The Very Last List of Vivian Walker - The Soundtrack album is acoustic based, Motown influenced and rich in vocal harmonies. We tried to create music that would draw you in by telling honest stories about loving imperfectly. 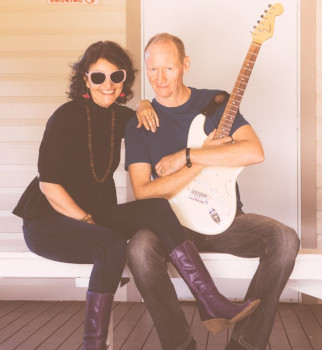 Megan Albany: Sugar comedown is about those days when you are miserable and depressed and the only thing that's going to get you through is a whole heap of sugar or a block of chocolate, and how, even though you know you're going to end up feeling even worse, you still go there anyway. It's also about giving yourself permission to feel like crap sometimes and indulge in your own pity-party when you've been let down by someone you love. In that great Motown tradition, we took a darker topic but gave it an uplifting groove because let's face it, sometimes a little distraction is not only delicious but feels good too.

Megan Albany: Like my debut novel, The Very Last List Of Vivian Walker, that inspired the album, it is a rollercoaster of emotions. I like taking people on that kind of a journey so we wrote songs that would make you laugh like Man Flu all the way through to songs to cry into a cup of tea with like Never Existed. Having said that I also wanted the songs to be musical and uplifting and make you want to shake your groove thing. I wrote and recorded this album with guitarist Marc Mittag, who also happens to be my husband so he works cheap lol! We had spent years touring together around Europe and the US and often played as a duo. Marc is an incredible guitarist and somehow manages to play seriously funky baselines, chords and melodic and percussive grabs all at the same time - so we save a fortune on loop pedals. When the two of us work together it's dynamic and honest. We wanted this album to be more about the lyrics and the message behind the songs than anything else. So musically we did whatever it took to enhance that, even taking it so far as to get Marc to play 'the broom' in Clean House, our second single release. Of course I also wanted him to play the broom because the studio needed a good sweep out and it was the only way I could motivate him.

Megan Albany: If there is a key message to the album, it's that it is possible to be imperfect and still be loveable. We all hurt. We could all do better. Life can be unfair. But that is being human. And the human condition, with all its flaws, is what love is all about.

Megan Albany: The thought of sharing experiences and feelings with people I have never met. And of course I love a good lyric and love a good groove.

Megan Albany: I actually love a lot of old school music. Beautiful lyrics and great grooves with lush melodies, so people like Joni Mitchell, Stevie Wonder, Carol King, and at the moment I'm really loving re-listening to Mo'Ju and Kasey Chambers for their story telling abilities.

Megan Albany: I decided to get singing lessons just after I finished uni and life had thrown me a huge curve ball. My teacher at the time asked what me what I would do if I was given the choice to do whatever I wanted. I had just finished studying a Masters in Creative writing and beginning my career as a journalist so when I answered that I wanted to be a singer, it took me by surprise. Flash forward to now though and I feel really blessed that I have been able to do both.

Megan Albany: Honestly, every day is challenging in the music industry. Every tour, every recording is a risk financially and emotionally. This album is really honest and raw, and so wearing your heart on your sleeve like that and putting yourself out there in the world is always a challenge. But it's a worthy challenge.


Question: Can you tell us about working with Marc Mittag?

Megan Albany: Marc is an amazing musician, songwriter and producer. As a guitarist, he is one of the best I have ever heard. I feel like Marc knows how to tell the story of the song and hold the vocals in a groove and a soundscape that is both solid and leaves room to breathe and react. We have been working together for so long, that sometimes I forget how amazing he is and how easily we create together. Early on I knew I had to marry him so he could work with me on all my albums.... oh, and of course, I suppose I must have had other reasons too.

Megan Albany: Meeting Stevie Wonder backstage in Brisbane was definitely a highlight and a dream come true. But what has always really stood out to me is when you feel like your art matters, so for me what stands out most is having had the honour of singing at several funerals of family and close friends. While that was incredibly difficult it was also purposeful and beautiful all at once.

Megan Albany: At the moment there aren't too many typical days. Apart from promoting the album, I'm also promoting my debut novel, starting my PhD in Creative Writing and finishing my second novel. On top of that, I'm a mum and wife and still have to tackle all those boring domestic tasks we all squish into our busy lives these days. It's kind of crazy when you find yourself on some days getting up, making school lunches, checking your list of to-dos and bills to pay, cleaning the house, doing a couple of interviews, meeting with your publisher or PR team on Zoom, speaking at a book club, doing a radio interview, then back to doing the washing and if I'm lucky finding time to write a song or work on my latest novel……

Megan Albany: We are about to release the Music Video for Sugar Comedown. We filled our house with 50kg of lollies and a mountain of popcorn, turned the house pink and went crazy. Then we have a second single coming out called Clean House. And after that the album release in May, The Soundtrack - The Very Last List Of Vivian Walker.