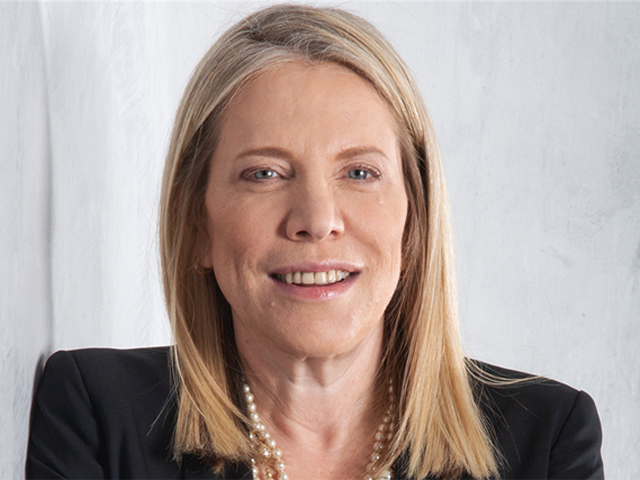 The End of C

World-renowned trendspotter Marian Salzman has compiled her baker's dozen of 2019 trends, led by a prediction of "The End of C." In the annual global trends report"Salzman's first since moving from agency life into an in-house global communications role"she cites civility, compromise, constraint and conversation as fast-fading, finding that the notions of character and decency are quickly being relegated to relic status.

In addition to "The End of C," Salzman has observed the wrath of Mother Nature, the at-odds rules of leadership, ageism and the rise of A.I. as among the forecasts that look forward but have an emphasis on "looking back."

"So many trends this year revisit topics from years gone by"each of the baker's dozen in my report rework previous movements that have been bubbling up for ages," said Salzman. "They go deeper and skew toward our brave and bold new world, but they nonetheless revisit some significant trends that we have been watching for quite some time. For example, we're seeing the countertrend of small and local as a safe space, an antidote to the long-held and growing trend of global orientation."

For the full report visit: http://mariansalzman.com/

Question: How will you be recognising women, personally and professionally, this International Women's Day?

Marian Salzman: We hijacked International Women's Day and turned it into the "Week of Women," starting with a Monday celebration of our global EQUAL-SALARY certification and ending with our Fair Share conference in Lausanne, Switzerland, the town where our HQ is located. We are disrupting the "norm" of how an International Women's Day conference is usually run (we have opened it up to men in our company as a day to celebrate communicating with and to women) in order to educate and drive people to action and embed change from the ground up. The night before our summit, our women in communications will celebrate a meal with the conference speakers. Throughout the week, we are recognizing the hard work and accomplishments of women across our business"we specifically honor 42 of them across the globe, 42 being the number of kilometers in a marathon, since we know this is a marathon and not a sprint"and also creating a sustainable and successful path for the future of our organisation.


Question: What are your predictions around what's next for women, following initiatives such as #TimesUp and #MeToo?

Marian Salzman: Movements like #MeToo and #TimesUp were much-needed moments for the world, because we can no longer tolerate sexual harassment anywhere. We have to thank the women who have spoken up, and the men who have supported them, because this is a battle for what's right and for not just women's but everyone's fair share. We needed to unmask this tragedy and end the silence. I know that I was shocked at times by learning what may have been going on around me, but now that women know they can speak up, I hope the change has begun. I am not glossing over the fact that we need these movements to continue until such time as we have ended predatory behaviors and discriminatory actions become old news.


Question: How have you navigated your career in a typically male-dominated industry?

Marian Salzman: I grew up in a business where women were welcomed, and I worked for and with men who were welcoming. I also had the luxury of an empowering education, some would say a male education (I am a graduate of an American Ivy League university, once the bastion of male privilege) but I have also been fearless, and not bothered when I saw injustice"I just demanded my fair share (to overuse a term we love at PMI). Right now I am working for and with a CEO at PMI, André Calantzopoulos, who is a true leader and champion of women within our organization. He is basically gender oblivious when it comes to assigning duties within the company"fair share means equality, including some asks which are not for the faint of heart: around-the-world travel over the course of a week is a given on occasion, so is participation in late-night conference calls when the situation demands it, and even tough calls on people and money. But it's part of leadership, and leadership should be gender blind.


Question: Which female leaders have you taken inspiration from over the course of your career?

Marian Salzman: I had a special experience when I was quite young, just newly minted from university. My friend's mother, the amazing Geraldine Ferraro, was nominated to run for vice president of the United States, and knowing that a woman I knew and respected had been chosen for this changed my perspective of what's possible. So effectively, in that moment in American history"and when she gave her speech accepting the nomination"I realised gender wasn't a barrier to dreams. I have worked for and with some amazing women in agencies and among my clients, and I cherry-pick learnings from them"from how they speak to what they prioritize to, yes, how they package themselves.


Question: What originally inspired your passion for trendspotting?

Marian Salzman: I started doing market research early in my career, fitting for a sociology graduate, and for someone in those days obsessed with youth culture and trendy, and the data immersions showcased patterns, which I spun into marketing opportunities. The rest is my history, but it all started because of what I saw and heard in focus groups and found in polls and questionnaires. Some of my work is historic and some of it mundane but you never know where you will find the data point that rewrites history, or at least the future of a product or service.


Question: What inspires you and your trendspotting?

Marian Salzman: I am naturally curious and somewhat reclusive, so I love to sit back and watch and listen. Trends allow you to be half in; I am able to attend and observe versus engage, to bar hop without ever drinking, to eavesdrop but not speak. I love that artificial barrier that keeps me current without forcing me to be trendy.

Marian Salzman: I can sum up 2019 in a single word: Anger. Or in a single phrase: Power to the people. But I also think it is summed up in what seems to be disappearing: civility, compassion, collaboration, the good old yak-fest of people talking to one another. So it's about the end of the C words, which once upon a time made me hopeful. More on this in a minute.


Question: What message do you hope people take from your 2019 Trend Report?

Marian Salzman: I would like people to focus on their own inner trendspotting skills. How can they identify patterns and extrapolate where we are headed from now to next? It sounds simple, and it can be, but you need to purge your head of your fears of bad news and the unknown. The future ain't necessarily pretty. The other challenge is separating between the future you want and what you're seeing. Believe me, I am not happy with so much strife and decline and uneasiness, but my personal confidence comes from expecting the bad and planning for it to the best of my ability. So I try to purge myself of opinions about the future.


Question: What is the End of C?

Marian Salzman: The End of C highlights how four major social conventions"civility, compromise, constraint and conversation"are fading fast. From politics to business leaders, the notions of character and decency are becoming relics. Today, a conversation is often reduced to a quick text, an urgent command (another C word"but one that's growing) or an emotion conveyed with an emoticon. And make no mistake, there are emoticons for everything now, but we are much less emotive, despite being more emotional.


Question: What trends will we see in regard to social media?

Marian Salzman: I think social media is old news. What's now is constant connectivity and an always-on mindset, offset by moments when we log off, tune out and try and reboot off the grid. The lack of filter is part two of this way of life"because social is now normal, versus special, we spout the first things that pop into our minds, and rail relentlessly"because suddenly Joe and Jane Normal have vast soapboxes.

Marian Salzman: I don't hope for trends, ever. I just observe and opine on the implications of what I see. It is important that a trendspotter isn't trying to shape trends"I leave that to trendsetters.

Marian Salzman: My plan for 2019 is keep running the marathon on behalf of Philip Morris International, ease our entry into civilized society and civil dialogues. I am expatriated now living in Switzerland, so coping in a French-language community without appropriate language skills is another next for me. And lastly we are building a dream house on the coast of Rhode Island (it is a money pit), so managing life in multiple cities"Tucson, Arizona (home), South Kingstown, R.I. (the future), New York City (the pit stop) and Lausanne (where I live)"is my personal next. Having family and dogs in the U.S. while Jim and I juggle Lausanne and all those other venues ... well, that's the challenge. Maybe I should go Paleo to stay fit for this juggle.